It’s not easy, but Miguel Gamiño Jr. is switching sides. That is to say, he is leaving the West Coast for one of the top local government IT jobs on the East Coast.

Gamiño made a name for himself as San Francisco’s CIO, a job that he held for over three years. Sitting just outside Silicon Valley, San Francisco is home to some of the greatest tech innovators in the world. So Gamiño was surrounded by great minds who often thought highly of the value and purpose of technology.

“We are creating a culture that acts like an IT services startup in city government. We live and work in the middle of this startup culture, and all the people at the coffee shops where my staff go are working at places like Twitter, Uber and Square. Our folks ought to have the same level of excitement and energetic culture,” he told StateTech last year.

When it was first announced in October that Gamiño would take on the position, Mayor Bill de Blasio outlined the CTO’s role and responsibilities.

“The CTO for New York City blends big-picture tech innovation with the promise of what’s possible, to improve government services and expand broadband access to level the playing field for all New Yorkers,” said Mayor de Blasio. “I welcome Miguel Gamiño, who brings the experience, savvy and forward thinking we need to advance New York City as a hub for not only thinking, but doing.”

In November and December, Gamiño began to make appearances and build relationships with his constituents in the city. Thankfully, he’s a big-time Tweeter.

Here’s a quick snapshot of some thoughts and things that Gamiño has been up to as he’s settled into his new role.

Proud and inspiring moment here at Queensbridge with #OATS Seniors. Celebrating their accomplishments in tech + broadband in the community. pic.twitter.com/X0eRnNks9k

My first time at NY Tech Meetup, and wow! Amazing apps being developed in the education space, the future is !... https://t.co/JKWRIg2eTo

But — perhaps most reassuring — just like us, Miguel Gamiño is excited about the release of the new Star Wars film, Rogue One.

If Gamiño’s tenure as CIO of San Francisco is anything to go by, we can expect bold and innovative thinking when it comes to IT in the Big Apple. 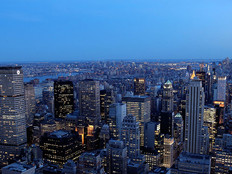 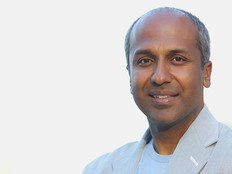 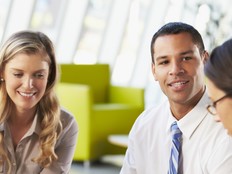