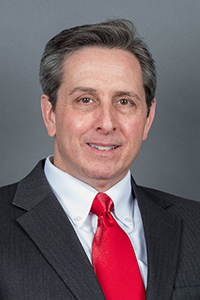 "Robert Mancini brings a great deal of experience and expertise to Prince William County," said Corey A. Stewart, chairman of the Prince William Board of County Supervisors, in a statement. "He has implemented several successful technology programs in the public and private sectors alike, and we are confident that he will serve our community and the organization well."

Mancini has 12 years of experience in local government. While working as CTO for the D.C. government, Mancini launched the Digital Inclusion Initiative, which aims to expand broadband to underserved areas of the city. He also spearheaded the city’s Centralized Technology Procurement team and worked to create public-private partnerships that looked to expand cybersecurity operations.

Most recently, Mancini served as CIO for pharmaceutical firm Lexington Technology, where he “provided leadership and recovery services to the organization, including developing and executing a critical turnaround plan for the IT division, negotiation of service contracts and introduction of service level agreements, and initiating programs that increased productivity while reducing attrition,” the release notes.

"I am thrilled to have this opportunity to return to public service," said Mancini in the statement. "I want to thank the Board of County Supervisors and reinforce my commitment to deliver innovative technology-based strategies and solutions that will best serve Prince William County."