State IT leaders and public sector experts delved into the details of a just-released survey of state CIOs during a panel discussion today at the NASCIO 2017 Annual Conference in Austin, Texas. The survey, now in its eighth year, asked CIOs to offer their take on topics ranging from the role of the CIO to cloud migration and digital government.

Over the years, the results of the annual survey have shown a trend toward “a model of the CIO actually providing more and more leadership around transformation and innovation, particularly in service delivery,” said moderator Doug Robinson, executive director of NASCIO.

The panel highlighted several key findings from the survey, which was conducted by NASCIO, CompTIA and professional services firm Grant Thornton. As it has for the past several years, the survey asked CIOs about their plans to migrate to the cloud. “All states are doing something in cloud, predominantly in the private cloud space on-premises,” Robinson said.

Almost 30 percent of survey respondents have a cloud migration strategy in place, and 55 percent have a strategy in development. Email, collaboration services, office productivity and storage are the most common services moved, but security-related services are gaining in popularity. New this year, CIOs were asked how the results of cloud migration compare with the expected benefits. In general, actual benefits aligned with initial projects, except for scalability: 81 percent of CIOs predicted scalability advantages from migration, but only 65 percent reported actual benefits.

Cloud Results in Utah and Indiana

For the state of Utah, an early adopter of cloud migration, results have met expectations, specifically with respect to staffing and recruitment challenges, said Mike Hussey, state CIO. “Where we had maybe 40 or 50 individuals to manage a particular service in the state, we’re down to two or three.” Hussey also noted that the state has created a cloud marketing team “so that we can interact with the agencies and help them understand the benefits of moving some of their legacy applications to the cloud.”

In Indiana, the hoped-for financial benefits from cloud migration did not meet expectations, said Dewand Neely, state CIO. Once a cloud migration begins, he noted, “you find out all the intricacies that you really need to take care of. So things went a little slower, which kind of hampered the expected cost savings we wanted to realize faster.”

The survey found that nearly a quarter of respondents have completed (or plan to complete in the next two or three years) a move to an off-premises Mainframe as a Service solution. More than 30 percent of CIOs said they are considering such a move.

The panel also discussed digital government deployment, which envisions mobile services, common online identities, crowdsourcing and digital assistants to help navigate services. When it comes to digital government, “less than half the states really have any kind of documented strategy about what they want to do,” said Graeme Finley, principal with Grant Thornton. “On the other hand, when we asked them about their approach, about two-thirds of states actually have or are planning to create some kind of distinct digital services organization. And it appears in general that CIOs have a pretty active role in this.”

Utah has placed about 1,300 services online, Hussey said, noting that doing so has saved the state at least $13 per transaction.

When asked to identify emerging technologies that will have the most impact in the next three to five years, 43 percent of respondents cited the Internet of Things. Nearly 30 percent thought artificial intelligence and machine learning would have the most impact. Just 9 percent and 2 percent, respectively, cited blockchain and connected/autonomous vehicles.

Utah is looking at virtual reality applications in travel and tourism, Hussey said. In Indiana, Neely believes that chatbots may help to alleviate repetitive tasks, free up staff time, and create a perception of government as always available. “I think digital assistants really open that door and make government seem more 24/7,” he said. 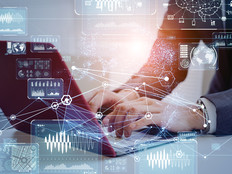 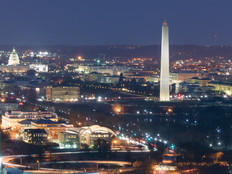