Texting, messaging, video - the way the world communicates has changed and states and cities across the country are revamping their 911 systems and dispatch centers to ensure they can keep pace.

In November, a bill was introduced in Congress that would seek cybersecurity improvements at 911 call centers across the country, but it has yet to reach the Senate. In the meantime, several states are already revamping their public safety IT with the aim to pave the way toward media-rich next-generation 911 systems.

To modernize systems that are over 40 years old, North Carolina has partnered with AT&T in a $99 million contract to upgrade infrastructure so that 911 platforms in the state's 117 dispatch centers can accommodate mobile devices and the texts, images and videos that come with them, StateScoop reports.

With mobile traffic making up more than three-quarters of incoming calls, the seven-year upgrade will look to not only incorporate new forms of media, but to help pinpoint locations for callers.

"The challenge now is locating where the person is with that mobile device since they're not always at a hard street address like it used to be," Bill Holmes, a spokesman for North Carolina's Department of Information Technology, tells StateScoop. "We needed better technology to help pinpoint where the calls are coming from and the other part of it is just to create a system with redundancy so we have less downtime with these [dispatch] centers."

The upgrade will offer possible collaboration points for FirstNet, an independent authority tasked with building and operating the nationwide broadband network for first responders. It also will improve cybersecurity for dispatch centers, and, in essence, help public safety services better understand a situation by providing more data so they can help callers more quickly.

"These technology improvements are essential to ensure that our 911 operators and our first responders are better equipped to best serve the needs of our citizens," Eric Boyette, chair of the NC 911 Board and secretary for the state Department of Information Technology, said in a statement. "North Carolina has developed a strong system to respond to natural disasters and other emergencies. This next-generation technology will only make that system better."

Kansas is also on track to modernize the underlying 911 IT architecture at most of its dispatch centers. As of September, 80 of 105 counties had opted in to the state's new cloud-based NG911 system. AT&T will host, secure and manage the upgrade, which promises better cybersecurity.

"Their security posture protects our network from other networks," Jay Coverdale, the state's director of network and telecommunications and the Kansas 911 Coordinating Council's technical committee chairman, tells StateTech of AT&T's security services. But moreover, the upgrade also offers better mapping and location resources, and will soon offer the public the ability to send photos and videos to dispatchers.

"The new system is almost entirely map-based from the word go, so as soon as that call hits the system it'll rely on mapping that each county has provided to the state," Don Gruver, communications director for Harvey County, Kansas, tells Government Technology. "The mapping will mean a lot more accuracy on who the call gets routed to and then for us to be able to find where the caller is from the time we pick up the call, because right now there's a little bit of a delay as to when we can actually pinpoint where the caller is if they don't know." 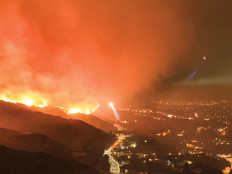