In New Orleans, between 2010 and 2014 there were 22 structure fire fatalities. Then, in November 2014, five city residents were killed in one fire — a mother, grandmother and three children.

The tragedy served as the impetus for a new, more data-driven way of thinking within the city’s fire department, says Fire Department Superintendent Timothy McConnell.

The department partnered with the city’s Office of Performance and Accountability to use data science to conduct a more targeted door-to-door smoke alarm outreach campaign.

Using socio-economic and building data culled from surveys, the U.S. Census and other sources, the office applied predictive analytics to determine which areas of the city were most in need of smoke alarms, says Richard Todd, who was a summer fellow and graduate student working for New Orleans at the time. Those targets included areas with higher poverty levels and older housing.

This approach allowed the fire department to find homes in need of smoke alarms at twice the rate as random door-to-door checks, Todd says.

“I never envisioned using data in this manner,” McConnell says. “It really was an eye opener and allowed this effort to be much more effective.”

The success of the program is that New Orleans was able to empower its partners to identify problems that data could help to solve, says Todd, who now serves as an innovation and performance adviser leading efforts around analytics in Seattle.

Part of that effort involves making data science accessible to city employees, whose expertise may be in a different field, he says.

To help, Todd developed a framework for thinking about analytics projects, known as the NOLAlytics Use Case Typology, which has since been adopted by Seattle, San Francisco and Tucson, Ariz.

The goal of the framework, he says, is to bridge the knowledge gap and get all city employees on the same page when it comes to data analytics.

The second piece, Todd says, is establishing a process and pipeline, along with a structured set of questions on a web form to help solicit projects.

“You can help grow ideas in departments,” he says.

Using this pipeline, McConnell says firefighters were able to install about 18,000 fire alarms and between 8,000 and 9,000 fire alarm batteries, starting with those who needed it most.

“Eventually, our goal is to reach everyone in the city,” he says. “But this allowed us to target the most at-risk areas.”

As a result of the effort, McConnell says the city has seen a reduction in structure fires. Anecdotally, he says that in 2015 there was a fire in a large home in uptown New Orleans that could have ended in tragedy, but instead firefighters arrived on the scene to find 11 people, including a 6-month-old, standing on the front lawn.

“A fire alarm is the cheapest insurance you can buy,” he says.

Data Programs Spread to Other Elements of Public Safety

New Orleans also used data to help address a backlog in blight enforcement, due in part to bottlenecks in decision-making, Todd says. Using data on characteristics of previous cases where enforcement decisions had been taken, officials graded new cases and refined information collected by field teams, he says. Previous code enforcement helped to prioritize and support more recent decisions about whether to demolish or foreclose on a blighted home.

As a result, the city eliminated a backlog of more than 1,500 cases of reported blight in less than 100 days.

“We had an immediate impact on the backlog of blight just by streamlining decision-making with faster data,” Todd says. 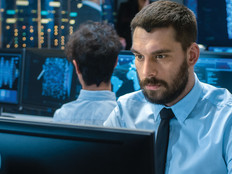