Flint, Mich., has been battling for years to recover from having its municipal water supply tainted by lead, and technology tools are helping in the effort.

In 2016, Google partnered with the University of Michigan and funded digital projects aimed at helping the city recover from the water crisis. The tool they developed, which relies on artificial intelligence technology, has helped predict which of the city’s 55,000 homes are most likely to have lead pipes, with a 97 percent success rate, according to an article in New Scientist.

According to Smart Cities Dive, the algorithm has saved an estimated $10 million by avoiding unnecessary searches of houses — enough to protect an additional 2,000 properties.

“Knowing which homes to inspect can reduce the costs of replacing their pipes with safer ones and more efficiently get the lead out of Flint,” Eric Schwartz, a University of Michigan assistant professor of marketing at the Ross School of Business and a co-director of the study, said in an article from the university’s news service. “The approach could serve as a model for other cities to follow.”

The AI tool has helped reveal the depth of the crisis. According to the University of Michigan article, the study estimates that “three out of four houses in Flint have lead in their service lines, which are the pipes connecting each home to the city water system.”

As New Scientist reports, the Flint water crisis started in 2014 when city officials began sourcing water from the Flint River instead of the Detroit water system. The new water source was not treated properly and corroded lead pipes throughout the city, causing the heavy metal to seep into drinking water and leading to numerous health issues for residents.

The research team, which included Jacob Abernethy, formerly of the University of Michigan and now an assistant professor at the Georgia Institute of Technology, digitized and analyzed old city plans and about 140,000 handwritten building records. Using that information, the algorithm calculates 71 pieces of information for every property in Flint, including the age, value and site of the home.

Schwartz and his colleagues worked with Captricity, a data technology company, to digitize Flint’s water department’s 100,000 historical public work records, which were mostly written on index cards, some dating back to 1910, the University of Michigan news service reports.

Captricity donated the use of its AI software for handwriting recognition, transforming the scanned cards into usable data. The researchers then gave that data to the city’s team managing the pipe-replacement project, called the Flint Action and Sustainability Team.

The city’s FAST Start Team, which has now received over $100 million from the federal and state governments, is working to remove lead pipes, but as much as 75 percent of the city’s homes are still exposed, the news services adds.

Before the technology was deployed, homes were selected for pipe replacement based on educated guesses, with 20 percent of pipes that were dug up turning out not to be lead, Smart Cities Dive reports. Different standards were used for decades, and most pipes designated as lead-free actually had up to 8 percent lead in them until 2014, according to the publication

Michael McDaniel, who initially led Flint’s pipe replacement effort, told New Scientist “we had no good way of doing it,” referring to predicting which houses had lead pipes.

The AI solutions helps save money and deliver safe drinking water to residents in a shorter amount of time. Michigan’s state government has deemed the city’s water safe to drink, but doubts among residents still remain about whether a home has lead pipes buried underground, the university’s news services notes. “The risk still varies from house to house,” Schwartz said.

As Smart Cities Dive points out, the problems with drinking water are not just limited to Flint. A 2016 USA Today investigation found excessive lead levels in 2,000 water systems across every state in the country, covering 6 million people in total. Meanwhile, a 2018 study by the Natural Resources Defense Council, an environmental group, also found water systems serving a collective 77 million people had Safe Drinking Water Act violations. 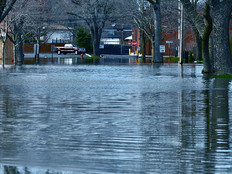 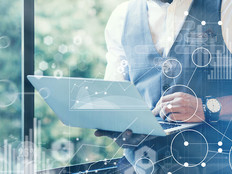 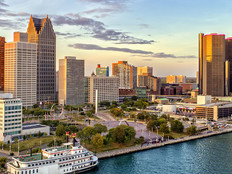