Smart cities are popping up everywhere, and there are several that are worth keeping an eye on. But the proliferation of smart cities — and of technologies that purportedly will help cities become “smart” in the first place — can sometimes make it hard for civic leaders and city IT managers to keep track of some basic things. What is a smart city? What should a city be doing to be smarter?

At the Smart Cities Week 2018 conference in Washington, D.C., held from Oct. 2-4, city IT leaders from different parts of the country, and even a few from Canada, offered their thoughts on how their peers can chart a path forward and make their cities more innovative and responsive to residents’ needs.

Here are three key takeaways from the conference to bear in mind when moving ahead on smart city projects. (And for all of StateTech’s coverage of Smart Cities Week 2018, click here.)

One clear lesson from the conference is that for cities to become smarter, they will need to rethink how they do business, fund IT projects and collaborate with the private sector.

Frank Johnson, CIO of Baltimore, suggested that city IT leaders need to “open our aperture” and recognize that city governments only have so much capacity to carry out IT modernization plans, like the one that Baltimore just recently unveiled. They need to work with businesses, technology partners, philanthropies and universities to achieve smarter cities that are more innovative and sustainable, he said. Unsurprisingly, this approach is championed in Baltimore’s modernization plan.

Wendy Gnenz, CIO of Edmonton, Canada, agreed, and added that it is important for municipalities to start exploring different business models and not just assume that they will be able to fund smart city and Internet of Things projects via traditional sources of funding, like property taxes. Cities should look to forge public-private partnerships — which, she acknowledged, is not that common in Canada. “It takes some innovation, some agility to show a city council that this is the right way to go,” she said. Edmonton is pursuing this model with its Health City program, an economic development initiative designed to spur healthcare innovation.

City leaders should consider how to work with companies in the private sector to come up with new kinds of solutions they could not on their own, said Michael Mattmiller, a former CTO of Seattle who is now a director of government affairs at Microsoft. For example, Microsoft is partnering with Chicago to make the city’s technology more accessible and easier to use for people with disabilities or mobility issues.

MORE FROM STATETECH: Find out how cities can benefit from public-private partnerships!

2. Focus on the Unique Needs of Your City

Speakers at the conference also emphasized that every city will take a unique path on its smart city journey, and that is as it should be.

Miguel Gamiño Jr., now the executive vice president for global cities at Mastercard, knows a thing or two about smart cities, having served as CTO for New York City from 2016 to April 2018. Gamiño also was CIO of San Francisco and chief innovation and information officer for the city of El Paso, Texas.

For example, in El Paso, the city was focused on efficiency in government, minimizing taxpayer expenses and improving service delivery. In San Francisco, the city and IT organization were much larger and more focused on broadband deployment, according to Gamiño.

Smart cities may not necessarily all be focused on deploying IoT devices and sensors and making traffic more efficient. Sometimes making a city smarter can simply mean making sure its IT systems are up-to-date. Barney Krucoff, interim CTO of the government of the District of Columbia, said that while city IT leaders are pursuing smart city projects, they should not lose sight “of the fundamentals we need to every day.”

The D.C. government is running some systems that were created in the 1980s and deployed in the 1990s that need to be updated, including financial tools and department of motor vehicles systems. Those are multimillion-dollar software upgrades that need to be addressed, he said, and smart cities programs can sometimes be a distraction from those fundamental IT challenges.

3. Make Your City Resilient as Well as Smart

Cities should not just deploy new technology, but ensure that they will have the capacity to withstand big shifts in technology and the environment — not just over the next few years, but decades from now.

Kevin Bush, chief resilience officer for the District of Columbia, said resilience is the city’s “immune system,” and smart cities need to probe where their immune systems are weak and strong and how capable they are of handling technological change, climate change, and changes in their populations and economies, he said.

As cities deploy more IoT sensors, they will increasingly need to build up their cybersecurity resilience, Bush said. “We need to think about intrusions and bouncing back from an attack,” he added. “What is your fallback and your plan to get technologies back online?”

Erin Gill, director of the office of sustainability for the city of Knoxville, Tenn., said that the municipality’s proximity to Oak Ridge National Laboratory has set a tone of innovation and progress for the city. “My role is to bring innovation theories and technologies into long-entrenched bureaucratic systems,” she said, including engineering and sustainability solutions.

Gill also said that it is important for cities to break down silos and share data across departments to develop better services for residents and improve resiliency. Knoxville and its partners have done that to expand a home weatherization program for low-income residents. 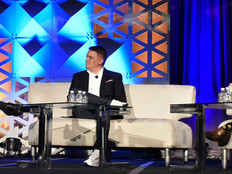 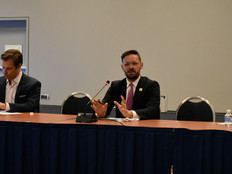 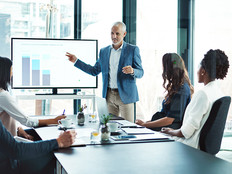