Now, more than a year into the city’s recovery, Houston is embracing cloud technology, Internet of Things sensors and smart city initiatives to create a stronger, more resilient city.

“We would be making a serious mistake if we were trying to rebuild things the way they were,” Houston Mayor Sylvester Turner said at a panel at the New America Foundation in Washington, D.C., in late January, StateScoop reports. “We need to take advantage of all the emerging technologies that are coming about. For Harvey, we dealt with our stresses and shocks. Not only do we want to survive, we want to adapt, we want to thrive, we want to grow our economy.”

The hurricane flooded more than 96,000 homes in the city, according to a report by the Harris County Flood Control District, and it came after two years of record-breaking floods. Harvey was a wakeup call that the city had to change, according to Turner.

“We had three 500-year storms in three consecutive years,” he said. “We’re seeking to become more resilient, more sustainable. These events are going to keep coming so how do we protect our persons and property and continue to grow?”

As Smart City Dive reports, since the hurricane, Turner has “focused on essentials for storm mitigation: new floodplain construction standards, flood warning systems such as cameras and sensors, and assisting the passage of a $2.5 billion bond package to be used on flood-control measures.”

Turner said at the conference that the city’s progress and recovery depend on working with its neighborhoods and industries, StateScoop reports.

The city has installed free Wi-Fi service on its buses and trolleys in an effort to draw more people onto public transportation and out of their cars. Houston has also broadened a network of IoT environmental sensors that collect data on water and air quality, sewer outflow and flood detection. Those are just a few of the city’s smart city initiatives, which range from an analytics platform that monitors parking spot inventory in real time to a system that alerts residents during active emergencies.

Following the storm, Houston also migrated to Microsoft’s Azure cloud platform. “After a debilitating disaster in Houston there was an opportunity to pivot,” Toni Townes-Whitley, Microsoft’s U.S. president for regulated industries, said alongside Turner at the event in Washington, according to StateScoop. “The mayor said we’re going to use a single cloud platform.”

In May 2018, Houston and Microsoft forged a wide-ranging alliance that included plans for Microsoft to “assist the city in finding technological solutions to other challenges under the umbrella” of the company’s smart city initiatives.

Cities that embraced the cloud and IoT can spur innovation and economic development, Townes-Whitley argued. “When a city like Houston can show this integrated, connected infrastructure for its citizens all day, it brings other innovation,” she said. “The return on investment becomes pretty exponential.”

Microsoft and the city are also working with nearby Rice University to develop research into civic applications of IoT technologies, Turner said, according to StateScoop. The goal is to ensure Houston can keep pace with other cities around the globe as they adopt smart city programs.

“This is not just city hall,” Turner said. “This is the entire city as one. The Astros won the 2017 World Series because they played as one. When we play as one, working with our partners, we win.” 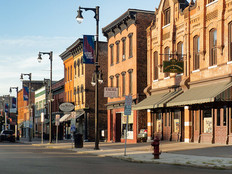