Editor's Note: This is the third article in "Street Smarts," which will be an ongoing StateTech series that highlights local stories of smart city projects, from development to execution. Check out the first article in the series on Montgomery, Ala., and the second on Colorado Springs, Colo.

The digital divide that exists between residents with and without broadband internet access in Racine, Wisc., is no small gap.

Nearly half of the families in the southeast Wisconsin city that make $20,000 or less a year don’t have a broadband connection at home, according to U.S. Census Bureau data. More than a quarter (26 percent) of households earning between $20,000 and $75,000 a year don’t, either.

Such advantages have helped fuel community leaders’ support for adding smart technology in the city, according to Jason Meekma, an alderman who also serves as president of the Racine Common Council, the city’s legislative authority.

“Equity is a big piece of it — being able to provide more to people in the community, especially people who are not able to access these kinds of resources,” Meekma says. “We want to give them every opportunity we can.”

While some communities may need to dedicate substantial time and resources to beefing up their infrastructure before they can implement smart technology, Racine, which was named a Smart Cities Readiness Challenge winner in April, has installed more than 3,000 miles of fiber over the years during road construction work, according to Meekma.

“It really started with a redevelopment of Main Street,” Meekma says. “A lot of the water and waste lines were getting rerun, and that made us say, ‘What else should we do now so we don’t have to rip it up again?’ That fortunate foresight put us at an advantage.”

During a smart city-themed conference, workshop and gala series Racine hosted in September, officials announced 5G wireless internet connectivity would arrive in the area in 2020 — a crucial aspect of smart city systems, according to Brooks Rainwater, senior executive and director of the Center for City Solutions at the National League of Cities.

The miles of fiber Racine has installed

“High-speed internet is the No. 1 component,” Rainwater says. “Cities being able to either lay it themselves or work with a private sector company to have higher-speed broadband pays a dividend; having high-speed internet makes everything work more smoothly.”

To date, Racine has utilized its current connectivity capabilities to introduce some small-scale enhancements — such as outfitting garbage bins with sensors. If one is reported as missing, the city can track its location via the sensor, pick it up and return it to the corresponding address in its records.

“That’s kind of neat — the ability to know we, as a city, can keep track of our property and also make sure constituents aren’t going without basic garbage-disposal capabilities,” Meekma says.

In recent months, Racine police officers began wearing Panasonic body cameras, which integrate with their vehicles’ dashcams and will automatically start recording when a certain speed threshold is exceeded in a vehicle.

The cameras also begin recording if an officer’s taser or gun is unholstered — a series of automated responses that prevent officers from having to worry about activating the technology, according to Racine Chief Innovation Officer William Martin.

The city has opted to house all the data the cameras produce on a local server.

“We’re actually storing the data here, instead of using cloud-based storage,” Martin says. “We were able to control costs and can bring on servers incrementally as we need them, as opposed to paying the monthly or annual charges that would be associated with data storage by a third party.”

In addition to the body cams, Racine credits the 250 municipal Wi-Fi-enabled cameras it has installed to monitor areas spanning from its downtown to the Lake Michigan shoreline with helping to reduce violent crime and property crime in recent years. Racine Mayor Cory Mason says the cameras have proved tremendously helpful to police.

“Those items provide faster response times,” the mayor says. “With smart city technology, there’s an opportunity to innovate further in the space and have higher resolution — 4K or other cameras that would be even more reliable in terms of resolution.”

Being a smart city illustrates to businesses we’re interested in them coming here and want it to be a welcome opportunity.”

While public safety has, to date, been a focus, Martin says the city’s infrastructure also presents an opportunity to form public and private partnerships with companies that are interested in using Racine as a test bed to refine new solutions — such as Foxconn Technology Group, which bought two buildings in the area it plans to use as innovation centers.

“We are working with Foxconn as well as with other companies in the region, looking at how to use the city’s digital assets to accelerate economic development and growth,” Martin says. “So much of it is asking what technology you are looking to advance and finding ways to deploy that technology here.”

“Being a smart city illustrates to businesses we’re interested in them coming here and want it to be a welcome opportunity,” he says. “We’re prepared for innovators to come.”

With a solid structural foundation essentially in place, officials are now discussing which smart technologies they’ll implement next.

Racine outlined a number of potential plans in its Smart Cities Readiness Challenge application, such as integrating technology to allow emergency vehicles to communicate with traffic control systems and prioritize their ability to move through crowded roadways, and also having autonomous vehicles equipped with cameras traverse areas that have high burglary activity rates.

Finding a way adapt to future operational and economic needs is a critical undertaking for Racine, which was once a manufacturing powerhouse until the industry changed, Martin says.

“The community suffered when the shift happened from manufacturing to service,” he says. “We want to make sure we’re preparing our people and businesses to compete and win in the digital economy.”

Racine residents seem to be on board. Although some may have initially been a little leery of the technology, they now generally support adopting smart city practices, Meekma says.

“There was a time where people weren’t really sure if it all sounded like science fiction — but people are supportive when they see the benefits it can bring,” he says. “It’s exciting to have our community, after a long time of trying to find its way, at the forefront of some pretty cool things.” 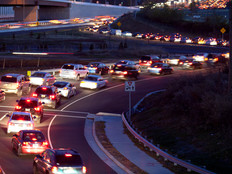 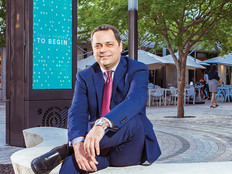 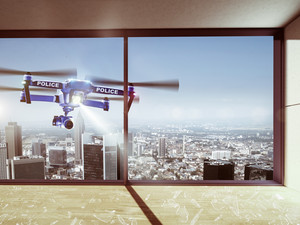 What Is Needed for UAS/Drone Training for Public Safety Agencies?