Editor's Note: This is the first article in "Street Smarts," which will be an ongoing StateTech series that highlights local stories of smart city projects, from development to execution.

Technology may not have factored in much to the outside world’s perception of Montgomery, Ala., six or seven years ago; the town might have then been viewed as a “sleepy capital city known for historical events,” Mayor Todd Strange says.

Today, however, following the introduction of a number of Internet of Things-enabled systems, Montgomery is steadily transforming into a smart technology hub.

Instead of waiting in the rain for a bus, residents can track its location with an app and confirm exactly when it will arrive. Visitors can access free Wi-Fi within the nine-block downtown corridor that’s home to the Capitol Building; the church where Dr. Martin Luther King Jr. once served as pastor; and some of the city’s other famous sites.

Drivers can pull up to one of the 1,700 recently installed street meters in the area, dubbed the Smart City Living Lab — a project of the Montgomery Smart Community Alliance, a partnership that includes the city, Montgomery Area Chamber of Commerce and Alabama Power — and quickly pay for parking with their smartphone.

Turning one of America’s most historic streets into the Living Lab will help Montgomery test smart technology applications, according to Alabama Power’s Leslie Sanders, vice president of the southern division.

“A true smart city is an integrated platform where you put components together so you can run your city in the smartest manner possible — you’ve integrated a sensor-based gunshot detection system with streetlights that can send data about traffic flow,” Sanders says. “We believe if we can build a template, we can grow it.”

The Montgomery Smart Community Alliance helped review the area’s infrastructure needs, according to Lora McClendon, vice president of strategic initiatives and federal affairs at the Chamber of Commerce — as well as some initial smart technology options.

“There are a lot of different vendors out there providing some sort of solution, from a public safety standpoint to water quality,” McClendon says. “The city had a lot of opportunities for pilot programs that were testing out solutions or trying to get into the space.”

During a pilot of a smart city platform in 2018, Apple iPhones logged locations as having been serviced when sanitation vehicles passed each scheduled, geocoded address — instead of drivers later filing notes that they’d taken on a clipboard as they drove their route. By clicking a button on the iPhone, drivers could also indicate an issue had prevented service, such as a missing bin, and document it with a photo. 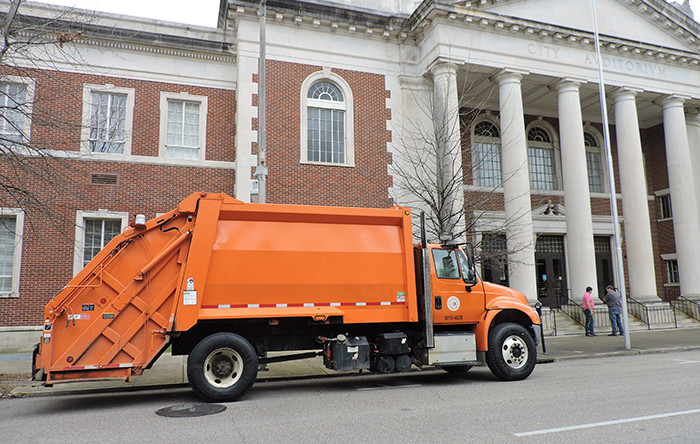 The wirelessly transmitted information, which can be accessed through an online portal, helped the city compare how quickly routes were being completed to ensure the work was spread appropriately throughout the week.

Devices installed in the trucks’ engines also provided continuous diagnostic feedback on elements such as idling time and engine performance. If the system registered one of 10 critical fault codes, a notification was sent for the vehicle to be examined.

“Just from that implementation, we’ve probably avoided upward of three figures in garage expense costs we might have incurred,” says Director of Public Works Chris Conway. “You’re getting real-time data on service confirmations and exceptions, and legacy data on participation rates. As an additional benefit, if a truck breaks down, managers and supervisors have the exact address, and another driver can pick up the rest of the route.”

Scores could be averaged for a particular segment to come up with an overall grade — such as 3.75 for a half-mile — to help advise which streets should be repaired first.

Previously, teams of city workers had to visually inspect and grade Montgomery’s roughly 1,100 miles of roadway as good, fair or poor — sometimes using inconsistent evaluation standards, which made it difficult to determine how to distribute the $1 million to $2 million Montgomery allocates to paving each year, says Conway.

“There’s no argument about looking at the east side differently than the north or the west side; that took that bias out of it,” he says. “With AI, you are rating everything using the exact same criteria, and you get numerical feedback from just applying a little more data.” 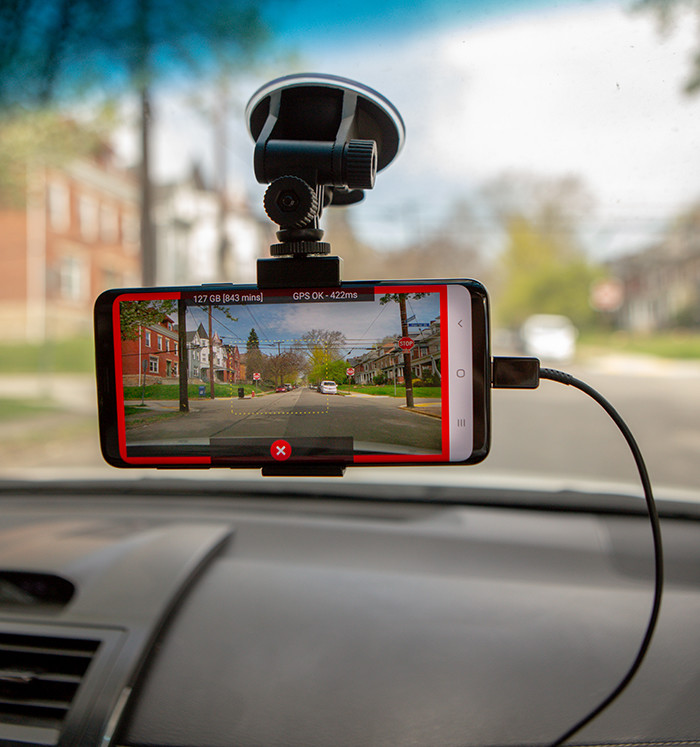 Using artificial intelligence tools and smartphones, Montgomery was able to examine and rate road conditions and speed up repaving.

Comparing the AI results to engineers’ assessments validated the findings just a couple of hundred miles into the pilot, according to Mayor Strange.

“There were very few exceptions to what the engineers observed,” he says. “Obviously, the payback is it took our people a week; it takes this tool just hours to get it done.”

Montgomery has also implemented other types of smart technology to help with various processes.

Alabama Power is currently working to upgrade more than 22,000 streetlights with energy-efficient LED systems that are individually controlled by light level–detecting sensors. Plus, the city’s STAR Watch initiative has connected approximately 6,000 video systems installed by the city — as well as Honeywell, Arlo and other camera systems owned by businesses or other entities that have agreed to provide access — via a web-based application.

Law enforcement can now review footage from the locations on a dozen Samsung 65-inch display panels in a monitoring room at its North Ripley Street station and respond quickly to crimes.

“We had it installed, and in less than a month there was a major incident in one of the schools,” says Smart City Coordinator Savio Dias. “Because they’re all connected, the city and county police were able to see the suspects in action and pick them up. That made everyone feel really good about the technology.”

Not long ago, Alabama Power installed single-mode fiber in the ground, running from the steps of the Capitol to the riverfront, to provide extended bandwidth capabilities.

MORE FROM STATETECH: Find out how Montgomery first laid the foundation for smart city projects.

Smart Solutions Can Be a Selling Point

While smart tech can potentially improve a number of processes, municipalities shouldn’t expect to find an ideal mix of systems that will work across the board.

“When we started digging into what smart cities were, it surprised me that there’s no checklist or real definition,” McClendon says. “It just really has to be what your priorities are, because every community has a different set of infrastructure and technology challenges and goals.”

As with other types of emerging tech, city leaders who hope to harness smart technology will need to be open to change — and understand that previously untested solutions may not be an immediate success, says Strange.

“Sometimes it doesn’t work,” he says. “You’ve got to be willing to take a risk.”

Montgomery’s risk appears to have largely paid off. The city was named a Center for Digital Government Digital Cities Survey Award winner in November 2018; given two Smart 50 Awards from tech resource provider Smart Cities Connect in January 2019; and was chosen in April as one of five Smart Cities Readiness Challenge winners by the Smart Cities Council.

Montgomery, which plans to expand its free wireless access at some point, expects to save money from some of its smart technology additions. For example, an annual, three-year $250,000 contract finalized in June, should pay for itself in the first 15 to 18 months, Mayor Strange says.

Beyond improving efficiency, Montgomery also hopes the technology will boost the city’s tech-related curb appeal for both companies and young professionals.

“We want to compete with the Dallases and Atlantas of the world and attract them; smart city technology will expand your footprint,” Strange says. “We’re trying to leverage the message that we’ve maintained a rich heritage — and are moving toward what the future might be.”