Although virtual desktop infrastructure existed for more than a decade, VDI is only now starting to take off for state and local governments. Interest in VDI among government agencies is finally widespread and growing.

That’s often still the case with VDI, but instead of data, licenses and software being housed on physical machines, they’re located in an on-premises server. As such, they can be accessed from almost any device (provided the user can log in with the right credentials).

This demand for virtual desktops has also led to an increased interest in using an interest in using flexible infrastructure rather than keeping data localized, including using Desktop as a Service (DaaS), which operates on the same concept of moving information off physical machines, storing it and deploying it from the cloud. 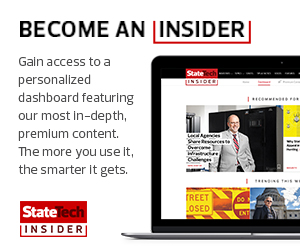 What Is VDI and What Can It Do for Agencies?

While virtual desktops aren’t new, many state and local governments are still working in the traditional way: Employees each have a piece of computing equipment, with its own processor and storage system locally on a particular device, “for the purpose of keeping all of the license applications and operating systems locally on that particular device,” says Clifford Clarke, CIO of the Public Technology Institute and former CIO of Fort Wayne, Ind.

“In a VDI environment, the operating system and the licensing for that application that the end users need are kept in a virtual machine environment,” he says.

VDI doesn’t make laptops or desktops obsolete. It turns them — and tablets and mobile phones and whatever devices municipal employees use — into conduits for work.

MORE FROM STATETECH: Discover the benefits of hybrid IT for agencies.

One common use case for VDI is emergency services. When the city of North Las Vegas moved to a VDI system, firefighters could access computing resources from thin clients or laptops in the field. Now the city’s police force uses mobile data terminals that connect using a VPN.

North Las Vegas gained an estimated $100,000 in savings over a three-year period for every 125 PCs moved to VDI, according to VMware. The state of Louisiana also switched to a VMware VDI model, in part so the state can respond faster and help communities recover from natural disasters.

Transitioning to a VDI system can also help keep sensitive government information secure. Sharma says VMware works with state and local governments that want to switch to VDI after a security breach, often when a physical machine was stolen or left behind. “If all of your information is housed internally behind a firewall or in the cloud, no data that’s living on your laptop could potentially be stolen,” he says.

Deploying VDI is not as easy as flipping a switch, though, and it may not be the right solution for local and state governments that need physical overhauls and improvements in order to get their hardware in line with compute demand.

“If you’re going to go VDI, you have to have a strong infrastructure. You have to have high availability in your network environment,” says Clarke. Are employees connected via a WAN? Local network? Has that state or local government run its own cable? “If you decide you want to do VDI and you put in poor areas of communication, that’s going to be a pain,” he adds.

VDI vs. Desktop as a Service

DaaS is the same concept of virtualizing the desktop experience, but instead of having data and licenses and applications on-premises, it’s pushed into the cloud.

This has helped some state and local governments with the cost of modernizing how their employees work. VDI typically requires a “upfront capital investment, which has made it a very difficult barrier to entry,” says David Smith, national director of sales and strategy at Citrix. “When you have a cloud-based experience, you can start to deploy based on consumption and not based on how to prebuy or preprovision capacity.”

DaaS has many of the same advantages as VDI, even if deployment is different, such as its usefulness in an emergency response. DaaS also means that, in the case of a natural disaster where the physical location of local government is damaged, work can still be done. For example, the government of New Zealand uses Fujitsu’s GoDaaS, a DaaS solution built on Citrix architectures. In 2016, when a massive earthquake struck New Zealand, one government agency went from having no IT availability to having a secure digital workplace within four days.

In September, Microsoft made its Windows Virtual Desktop solution commercially available. Its VDI solution lets employees remotely access applications that are running on top of Windows 7-based or Windows-based client operating systems. It’s considered a DaaS system because those operating systems run on Microsoft Azure virtual machines, which are housed in Microsoft’s data centers.

DaaS can also help state and local governments address limits on IT talent. “Things are changing so rapidly that organizations are having a hard time with attracting the talent for people to keep up their environments,” Clarke says. With a traditional work setup, where data and licenses and applications are based on each physical machine, “somebody has to run around and do all those upgrades and all that switch-over,” he says. Virtual desktops allow IT to do administrative work from one device.

Both VDI and DaaS also up the possibility of state and local governments moving to device choice or BYOD models in the future, says Sharma, because when desktops are “hosted on-premises or in the cloud, delivery to end users could be anywhere in the world.”

In addition to VDI and DaaS, state and local governments have the option of moving to something like HP’s ZCentral, which is for clients who want dedicated compute rather than virtual compute resources.

“People have called it ‘VDI on the sly,’ because they feel like they’re cheating,” says Christian Jones, strategy planning lead for Z by HP.

With ZCentral, the server is based in a central location, so it can be accessed quickly. Users hook into the system via high-performance remote software, which gives users the same benefits of remote access. “It’s a different approach,” Jones says. “You can get more performance and it’s easier to manage if you take a dedicated machine built for the job and centralize it.”

This system is often used by what he calls “power users,” those who need faster access to large, shared-file projects, such as employees accessing computer-aided design files for the development of a new municipal building. It’s become an option for systems that can’t go down, such as 911 call centers. ZCentral is also being used for smart city projects, including “studying traffic patterns or crunching Big Data on water levels,” he says. 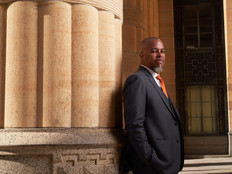 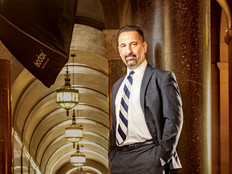