In the past five weeks, at least 26 million Americans filed first-time unemployment claims, a staggering figure that equals “roughly the net number of jobs created in a nine-and-a-half-year stretch that began after the last recession and ended” with the onset of the coronavirus pandemic, according to The New York Times.

The rush of claims laid bare that states’ unemployment systems have often been built on legacy technology that is decades old and was not designed for such a crush of claims. More broadly, it has exposed the need for state and local government to reskill or hire workers to handle systems built on old code such as COBOL and modernize IT systems.

Governors have called for COBOL coders to come out of the woodwork and help them with their systems. Others have turned to the private sector to revamp their websites. 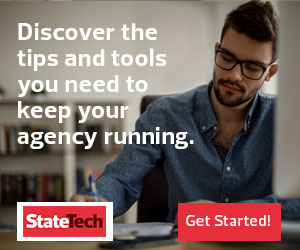 States Struggle with Legacy IT Systems

In late March and early April, states saw their unemployment systems buckling under the sheer force of the number of people filing claims, StateScoop reports.

On April 4, Gov. Phil Murphy of New Jersey noted that his office was focusing on ways to upgrade its COBOL-based system, which is 40 years old.

“Given the legacy systems, we should add a page [to their online call for health professionals] for COBOL computer skills, because that’s what we're dealing with,” Murphy said in a video address, according to FCW. “We have systems that are 40-plus years old. There will be lot of post-mortems, and one of them on our list will be how the heck did we get here when we literally needed COBOL programmers."

Florida’s unemployment system “crashed under the weight of hundreds of thousands of applications,” according to FCW, adding that the “state initially urged applicants to use an out-of-support version of Microsoft’s Internet Explorer browser before switching to paper applications.”

Private sector vendors are helping states respond. IBM announced it is offering free COBOL training for programmers across the country looking to help the states maintain their systems, OneZero reports.

New York state partnered with Deloitte, Google and Verizon to launch “a new unemployment website backed by 60 new servers, 1,000 new staff members on the phones, and a new callback feature for people who don’t get through on their own,” The Verge reports.

How did states end up here? Shark notes that the common refrains he hears from local governments are, “If it ain’t broke, don’t fix it,” “Just one more year,” and “The workarounds are working, right?”

In many cases, states may have a modern-looking user interface that is sitting on top of a decades-old system cobbled together over many years with parts and operations that have not been properly documented.

How to Modernize Aging IT Systems Now and for the Future

While no one could have anticipated the crush of requests that hit unemployment systems, the experience of states over the past month shows that something like this could happen again, Shark says.

“Governments, have to, if they are critical to our existence — and they are — they have to modernize,” Shark says. “If they don’t, shame on them.” Residents are counting on unemployment benefits and other critical government services to put food on their tables and get access to healthcare, and those services cannot be interrupted or delayed because of old technology, he says.

In the immediate, states and counties need to ensure their unemployment systems and public health IT systems are working as efficiently as possible so they can serve as lifelines for residents, according to Shark.

Shark estimates 20 percent of small cities and counties should not have their own IT systems anymore and should instead use shared IT services in regional arrangements, adding that “it makes no sense to have the incredible duplication. They can barely keep up with the necessary security fixes.”

A shared services model would lead to fewer points of failure and enable governments to better defend their networks. They could use the cloud for storage and have better disaster recovery and continuity of operations. Pooling resources could also lead to better economies of scale and cost savings, Shark notes.

Governments, have to, if they are critical to our existence — and they are — they have to modernize. If they don’t, shame on them.”

States also need to invest in IT modernization and in long-term workforce development.

The Computing Technology Industry Association, the Public Technology Institute’s parent organization, joined with other technology associations in advocating for Congress to allocate funds for IT modernization at the federal, state and local levels.

“Outdated government IT systems and processes already hinder some federal and state agencies’ ability to deliver aid to new applicants for small business loans and unemployment insurance,” said an April 15 letter from CompTIA, the Information Technology Industry Council, the Alliance for Digital Innovation, the Center for Procurement Advocacy, the Internet Association and the Cybersecurity Coalition. Future legislation should include funding for IT modernization efforts spaced out over multiple years, according to the letter.

State and local governments can either train IT workforces in emergency settings to work on COBOL or contract with retired COBOL programmers, Shark notes. In the long term, they need to modernize their systems and build them using modern programming languages.

“An effective way to get Americans working again is through investment in training and certification programs that upskill and reskill our workforce, especially in critical sectors of our economy such as information technology,” she said in a statement. “If there is one thing that’s been made abundantly clear through this crisis, it’s how vitally important trained and qualified IT professionals are for healthcare providers and first responders, educators and students, government officials and those who are the most vulnerable to keep us safe, secure and informed.”

State and local IT leaders are interested in modernization, but budget constraints often stand in the way. One clear way that public agencies can move beyond legacy IT is to adopted hyperconverged infrastructure, which combines computing, storage and networking in a single solution.

"Hyperconvergence is an especially good fit for workloads that are likely to scale up over time; because of the self-contained nature of hyperconverged infrastructure, data center administrators can quickly and easily expand their clusters by simply adding new nodes," says Andrew Wall, a senior solution architect with CDW.

Another approach is to embrace automation and orchestration, which enables data center administrators to save their teams countless hours.

Instead of spending time on rote tasks, staff can redirect their time and talent toward more strategic, mission-critical projects. Wall says that is especially useful in times like these when the public is counting on the swift delivery of government services.

Read Wall’s full advice on modernizing IT on the CDW Solutions Blog.