Louisiana struck a partnership with several entities to create a “smart port” initiative to use sensors and analytics technology to make more informed operational decisions at the Port of New Orleans and other ports.

Under an agreement announced in July by Louisiana Gov. John Bel Edwards, the Louisiana Economic Development agency (LED) will coordinate the initiative with the nonprofit Water Institute of the Gulf and the Port of New Orleans.

In the project’s initial phase, the Water Institute will install data sensors on tugboats and other vessels navigating the port. Those sensors will be used to “detect sediment levels in shallow areas of the Mississippi River to promote safety and provide intelligence for future dredging decisions,” according to a statement from LED. The Port of New Orleans will provide $125,000 to the Water Institute to complete that work over two months. 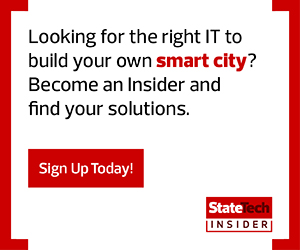 At an event announcing the initiative, Edwards said the data will be used to help the port and the U.S. Army Corps of Engineers determine future dredging needs to keep the river “at optimal performance levels,” according to video of his comments on local TV station FOX 8.

Water Institute President and CEO Justin Ehrenwerth said at the event that the sensors and data will enable the port “to have predictive analytics so that the Port of New Orleans and then many other ports will be able to get ahead of their dredging needs, will be able to find efficiencies based on that knowledge and will ultimately be able to save money and time by having to spend less time waiting for a berth.”

The second smart port phase will create a “unified digital command” at the New Orleans port and on the Water Campus, and Louisiana hopes the model can be applied to ports across the state. LED says it is pursuing federal funding to advance this phase of the project.

LED Secretary Don Pierson said at the event that once the software and communications systems needed for the second phase are in place, the system can serve as a model and be expanded for all ports along the Mississippi River in Louisiana. “Science will allow us to drive and protect commerce on the river, and in so doing, we will build a more prepared and more resilient Louisiana,” he said.

Port of New Orleans CEO Brandy Christian said that while the scientific data collected from the tugboats will have value in and of itself to model how the river is changing, there is also a “very significant practical commercial value to this project.” Knowing how much sediment is in the river can help the port plan better for necessary dredging, because unplanned dredging is costly, she noted.

Edwards said his administration envisions a third phase, in which a Hurricane and Flood Risk Center would provide support to the Governor’s Office of Homeland Security and Emergency Preparedness, the Louisiana National Guard and other emergency management partners. The center would “model data to enhance preparation for, and response to, coastal and inland flooding events,” LED says.

The Water Institute will help the state monitor coastal data to “determine more precisely, and hopefully as far in advance as possible, the level of response that we’re going to need to assemble in response to any particular storm or emergency,” Edwards said. 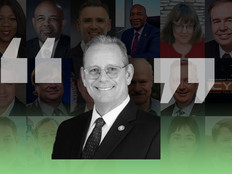