A year after President Joe Biden signed the American Rescue Plan Act into law, localities across the country are leveraging the $350 billion the relief package set aside for state and local governments to invest in a wide range of technology-related improvements.

The law gives states, counties, cities and tribal governments fairly wide latitude in determining how to use the funds. States are collecting roughly $195 billion, metropolitan areas are receiving $45 billion; and counties and other government departments are getting the rest.

In addition to plugging budget holes and making reimbursement payments, the law says the funds can be allocated for government services, such as “modernization of cybersecurity, including hardware, software and protection of critical infrastructure; health services; environmental remediation; school or educational services; and the provision of police, fire and other public safety services.”

In February, the National League of Cities and National Association of Counties, together with the Brookings Institution’s Brookings Metro program, launched an interactive dashboard that tracks how 152 different municipalities are using ARPA funds. From a technology perspective, those projects range from broadband enhancements to cybersecurity investments and funding for tools to support remote work for government employees.

In mid-February, during the National Association of Counties’ annual legislative conference in Washington, D.C., a panel of county CIOs said that funds for IT-related projects should be directed toward “realistic” initiatives that can be accomplished in the near to medium term. Governments have until the end of 2024 to allocate the funds. 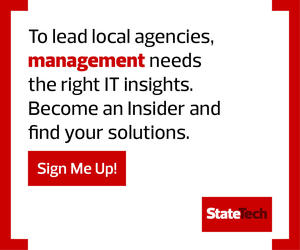 Cities and Counties Make IT Investments Via ARPA

NACo, NLC and Brookings dashboard currently has a tally of 2,334 projects totaling $18.4 billion. However, Alan Berube, a Brookings senior fellow, tells StateScoop that those figures are only a fraction of the funding that localities will likely spend on government services.

“Among those cities and counties that put together their plans early on — those are the plans that are reflected in the tracker — they had enough project-level specificity,” he says.

Many of the projects related to broadband expansion efforts, both large and small. Palm Beach County, Fla., is using $43 million to expand its broadband infrastructure and boost internet connectivity in areas such as public libraries and parks and offer internet coverage to students via the School District of Palm Beach County. According to the dashboard, Colorado Springs, Colo., is likewise using $1 million to “develop and implement strategic fiber-based projects, identifying broadband goals to connect unserved and underserved” areas of the city.

Municipalities are using federal money to support remote work activities. Seattle is using $2.45 million to allow the city’s IT department to “make investments in equipment, tools, and technology to enable city employees to telework remotely” in response to the effects of the pandemic, the dashboard notes.

Best Practices for Using Federal Funds for IT Projects

At the NACo conference, county IT leaders said they are aiming to use federal funds to spur near-term technology wins.

Justin Loose, CIO of Berks County, Pa., says his office is looking to use ARPA funds to procure technology needed to support virtual activities, including in conference rooms and courtrooms, StateScoop reports.

“Any time you can make things happen quickly, there’s a savings there,” he says.

Loose is also looking to use ARPA funds to modernize legacy IT. “I can’t say enough about using ARPA money for application modernization,” he says.

Lynch mostly agrees, according to StateScoop, but also urges caution. “Government should never be cutting edge,” he says. “It should be with tried-and-true technologies. When folks say they want an Amazon-like experience, I get uncomfortable because Amazon has billions of dollars for R&D. It’s just not a realistic goal.”

John Matelski, CIO of DeKalb County, Ga., says IT officials need to consider the fact that federal funds will eventually run out. “Things need to happen now, you need a plan,” he says. “There’s no guarantees what will be available in the future.” 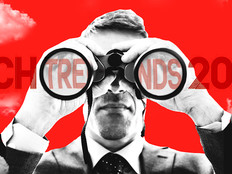