The Reach of Virtualization

Making the Most of Virtualization

But whether you're replacing several physical servers with virtual machines running on a single host, streaming virtualized desktops to thin clients, or delivering virtual applications, if you don't balance the load on your resources your entire network can come screeching to a halt.

"Without load balancing, you'll get networking bottlenecks and reduced performance from apps," says Smith. "It's like comparing a five-lane highway to a two-lane road. Both can handle the same number of cars, but the two-lane road will take a lot longer."

Like the machines themselves, load balancing can be physical or virtual. Smith says most enterprises deploying virtualized environments use a combination of both: dedicated hardware appliances to manage data traffic coming in from the Internet or across internal networks, plus load balancing software to route data efficiently between physical layers and virtual ones.

"We can tell it to segregate virtual servers so they're never on the same blade, and how aggressive to be in migrating virtual machines to new hosts," he says. "If we have a server running 10 virtual machines and need to bring it down for maintenance, DRS can simply find the blades that have the most resources and spin up new VMs automatically."

Server virtualization has been so successful, says CTO Jay Terrell, that Fulton County is embarking on a desktop virtualization proof of concept -- replacing the 700 public-facing computers in the county library system with thin clients, and streaming the operating system and apps to each via VMware.

When the county rolls out the system, it will rely on DRS to ensure consistent performance across each of the county's 34 libraries.

"Not all of our libraries are sized the same," he adds. "Large concentrations of our 700 machines are in the central and regional libraries. With load balancing we can ensure that people who use the small community branches get the same the level of performance everyone else gets."

650%: Anticipated growth in enterprise data over the next five years

As ISP for the state of Delaware, the Delaware Department of Technology and Information couldn't afford to let web traffic demands overwhelm the 25 agencies and 19 school districts it serves. So when DTI looked to replace its aging load balancers, it opted for Cisco's Application Control Engine (ACE) module. In concert with Cisco Catalyst 6500 Series switches and VMware ESX, the ACE's virtual architecture allows seamless data exchange across virtual machines on the network.

"All web traffic and browsing for the state agencies goes through ACE," says Scott Huffman, DTI telecommunications tech. "It load balances a set of proxies and then sends them out to the Internet."

"It was a pleasant surprise to discover how much easier the ACE interface was to interact with than our previous solution," he says. "We appreciated the ability that it gave us to manage different roles and to ultimately allow our other agencies to manage for themselves."

Here are three tips for managing load balancers in a virtual environment. 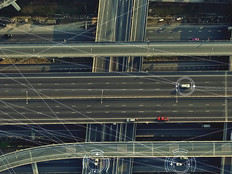