Jonathon Monken looks forward to the time when first responders throughout Illinois will be able to conduct video-conferencing sessions on tablets and smartphones.

“The biggest challenge following any type of disaster is situational awareness —understanding exactly what’s happening on the ground,” explains Monken, director of the Illinois Emergency Management Agency. “By enabling workers at disaster sites to participate in our twice-daily briefings, everybody involved will be more up to date and therefore able to respond more effectively to these disasters.”

But for now, first responders must make do by traveling to a mobile command center in an affected area to participate. These centers are connected to the state emergency operations center either through the Illinois Century Network video-conferencing backbone or via a satellite feed. In both cases, they eventually interact with the agency’s Polycom RealPresence room-based video-conferencing systems.

In the case of Illinois, the obstacle to deploying fully mobile video conferencing is a lack of bandwidth for data access, especially in rural areas of the state. Monken says the problem will eventually be solved when the build-out of the Long Term Evolution nationwide public-safety network is complete. “It will take some time, but we’re confident that we’ll get to the point where we can fully implement mobile video conferencing,” he says.

Implementation on the Rise

Mobile video conferencing is taking off, says Andrew Borg, a research director at Aberdeen Group. “From a behavioral perspective, there is a generational shift; younger workers have come to expect mobile video access all the time, while older workers are taking their time getting used to it,” he says. From a technical standpoint, manufacturers are working out bandwidth, end-user presence and system compatibility issues. It will take some time before video conferencing becomes a viable alternative to phone calls, e-mail and instant messages, but growth will be inevitable.

The department had been using Adobe Connect desktop-based video conferencing for about three years, with positive results. The agency’s use of video conferencing is unique: It implemented the system on a police vessel used for maritime safety and security, along with a high-end, thermal-imaging closed-circuit camera. The combination allows the Bainbridge Island police to survey ferries from long distances, locate vessels at night and conduct water rescues. If a problem arises, the department can quickly initiate a video-conferencing session with county and state SWAT teams and other backup.

The system was working well when Detective Trevor Ziemba learned that Adobe Connect had a mobile app that would work with his Android smartphone. Ziemba, who spearheads the technology initiatives for the 21-person force, installed the app quickly and was impressed.

“It worked just like the desktop system but was much more portable and less expensive,” Ziemba says. “I could shoot live feeds and still photos and feed it to others in the video conference, and we had the same capabilities as the original system — the ability to interact, share files and data, text and talk via [Voice over IP].”

80%
Percentage of smartphones that, by 2015, will have stereo 3D cameras and screens, both of which will enhance video conferencing capabilities

To use Adobe Connect’s mobile version, only the conference initiator needs a license. Other participants simply access the session via a web link Ziemba sends them. Once everyone is logged in, the Bainbridge Police Department’s National Incident Management System is accessible to all.

The goal, says Ziemba, is to get information to everyone quickly, so decisions can be made and actions can be taken promptly. “We’ve learned that information sharing and communication in a timely manner saves lives, so the faster we can get this information out, the more lives we can save,” he adds.

For organizations that have standardized on a single video-conferencing system with mobile capabilities, such as Polycom RealPresence and RealPresence Mobile, Cisco WebEx and WebEx Mobile, or LifeSize ClearSea, which includes a mobile component, compatibility isn’t a problem. But for organizations that allow their workers to use other systems on their device of choice, compatibility can be a real challenge.

“When you’re dealing with a situation where a smartphone user with Skype wants to participate in a video conference with a dedicated room-based system, there might be issues,” says Andrew Borg of Aberdeen Group. “What’s really needed is a way for these disparate systems to talk to each other as a federated system.” 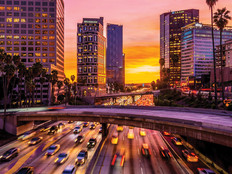