The bring-your-own-device (BYOD) phenomenon is affecting businesses, schools and even government. Employees are quick to embrace a strategy that allows them to be productive on their personal devices, but it does raise security issues for IT departments. If not for the promise of cost savings, local governments might ignore the trend. A BYOD program can be a win-win if education goes hand in hand with technology. Kimberly Hancher, CIO of the Equal Employment Opportunity Commission, found that 75 percent of her staff never used their government-owned BlackBerrys for phone calls. After deploying a pilot program, she expects to save 40 percent on BlackBerry costs in the first year. While the future of BYOD is unchartered territory, early results indicate this could be a very successful program if Hancher can find the appropriate balance of policy and technology.

The issue is complex but also revolutionary. The White House has this to say on the topic:

The growing trend of BYOD demonstrates that we as IT leaders have changed how we adopt technology. Gone are the days of long projects that address every demand. We must now integrate new technologies in a rapid, iterative, agile, interoperable, and secure method to meet changing market and customer needs. Device agnosticism is more important than ever. Our software, hardware, and applications must be compatible across common systems and personal devices. Our information security controls must also be consistent with existing law and standards to ensure confidentiality, integrity, and availability.[3] Because of these and other considerations, BYOD is not necessarily a good fit for all government agencies – it has to fit the agency’s environment, support mission requirements, and meet the specific needs of staff.

Read Bring Your Own Device on WhiteHouse.gov.

At the 2012 NASCIO conference, StateTech spoke with several CIOs about their BYOD strategy. Here is what they had to say:

“They don’t want to carry a work phone and a personal phone, and so that’s where the policy really came forward. If you want to carry your personal device, the state won’t buy one for you, but we’ll reimburse you for that data.

“I do think that the mobile devices are changing government.”— Lisa Feldner, North Dakota IT Department

“The state of Delaware was already managing a BlackBerry enterprise server. By migrating away, there was a significant capital expense and ongoing support costs that that centralized scenario was creating. And by decentralizing that, the management has been placed down to the agency level, so it’s actually less burdensome on the central IT authority.” — Bill Hickox, Delaware Department of Technology and Information

“Certainly, not having to provision people is in everyone’s interest. It’s in the employees’ interest so they get what they want, and in our interest as a state because it’s not something we want to be accountable for.” — Alex Pettit, Oklahoma Information Services Division

Read more about how local governments are adopting BYOD. 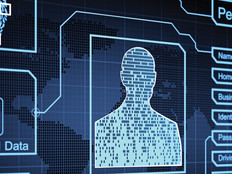