Dan Hoffman is doing what many public sector leaders talk about trying: running government like a business.

As the chief innovation officer for Maryland’s Montgomery County, Hoffman isn’t exempt from following policies that dictate government operations, but his job does require him to take risks and identify new ideas and technologies that will improve how the county operates and how it serves its citizens. One standard for trying new things is whether the experiment has the potential to provide a return on investment.

But even the best ideas run into roadblocks. For example, Hoffman’s office had been working with law enforcement to test wearable cameras. The project is on hold for now as the county works through the legal ramifications, such as how video footage can be used as evidence or whether cameras can be on if police officers enter a resident’s home. 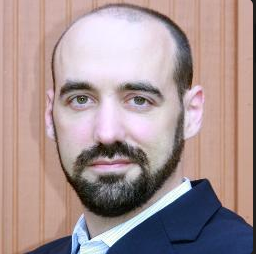 Hoffman was hired as the county’s first chief innovation officer in October 2012. He spoke with StateTech about his role and how his team is collaborating with multiple organizations to bring innovation to Montgomery County.

StateTech: How is your role different from other chief officers?

Hoffman: At least in Montgomery County, what I found in talking to my peers is everyone structures it a little differently. Our CIO Sonny Segal handles infrastructure. He has to be very process-oriented and focus on efficiency and reliability, which is different from experimentation and research. But that doesn’t mean that we don’t collaborate.

My role is set up to be that civic lab or that research and development group, like a private company. They invest a percentage of revenue in R&D so they can try out new processes and experiment with better ways of doing things. That’s why my position was created, so we could have that safe place for new ideas and technologies to be tried out in a manner that respects the fact that if we’re not failing from time to time in a smart manner, we probably aren’t trying hard enough to leverage new processes and approaches. .

StateTech: Can you elaborate more on having a safe place to innovate?

Hoffman: Taxpayers expect us to in many ways act more like a business. They are efficient and wonderful, but the fact is private companies try and fail and research new things all the time; it just never makes it into headlines because they aren’t using taxpayer dollars. It’s much more different from government. It’s incumbent upon us to leverage new practices to the benefit of residents. These are things that might not be tried out otherwise because there is not an appropriate test bed for them, like the SmartAmerica Challenge. They needed a place to do it — a test bed.

StateTech: What’s the latest with the Fab Lab experiment?

Hoffman: It’s really part of our broader look to investigate what libraries will be like in the coming decades. Technology has fundamentally disrupted the traditional library environment, so we are looking at new ways to engage residents and really answer the question: What will the role of libraries be 20 to 30, even 10 years from now as residents get access to more content on cellphones that they traditionally got from libraries?

We’re testing out what is an experimental learning environment where people can get access to equipment they otherwise may not have access to. It’s a place for residents, students and entrepreneurs. One kicked off a week or two ago at the Davis Library [in Bethesda, Md.], and a second one being planned at Rockville Memorial Library will be more geared toward science, robotics and high school students and entrepreneurs.

They can have access to 3D printers, laser cutters, computer-aided design software to create models that they can print out. A lot of folks don’t want to or can’t invest in this type of equipment. We are making it available as a resource to residents. The [KIDMuseum Makerspace] at the Davis Library is meant for education. It will be available later this summer or early fall.

StateTech: Where does your office get ideas for innovative projects?

Hoffman: Some are homegrown between myself and the fellows working in my program. Some come from staff, and some come from residents. The autism technology project came from a resident. Using tablet devices to assist noncommunicative autistic students, we brought in some trainers from Syracuse University and locally, who have experience with this new approach. We bought tablet devices with software in them, and students who previously never communicated and were in a nonacademic environment are now in an academic environment and operating at or near grade level with their peers and communicating with their parents.

StateTech: What’s the greatest opportunity and challenge that you face?

Hoffman: Open data is a huge opportunity. I still think we are trying to explore what the full benefits are, but that will come in time.

Procurement is a huge innovation inhibitor. It’s so difficult to try something out with small amounts of money in government. Rules around open and fair procurement, though very well-intentioned, don’t suit the guy who wants to bring in Microsoft, Adobe and Oracle to buy a new system or buy parts of their services to test them out.

Not only are vendors hesitant to get involved, but they’re worried it will hurt their ability to bid on larger projects later, and it’s difficult for me because some things are so lengthy. If I want to bring in new technology, I have to plan months or years in advance. A lot of us are discussing a more clear process for that type of innovative procurement that respects the fact that we’re working with other people’s money.