Louisiana is facing significant budget shortfalls, but the state is pushing ahead with a major network upgrade to deliver faster speeds and more advanced Internet services. Additionally, the state hopes that the upgrade, which is being carried out by AT&T, will help cut costs amid the current fiscal stress.

AT&T announced in late January that it had struck a deal with Louisiana’s Office of Technology Services (OTS), allowing the state to use the company’s Switched Ethernet service, described as “an ultra-fast networking technology.”

“It’s just part of the plumbing that we’re trying to build and enhance so that we can continue to build out access to these applications for our citizens,” Jane Patterson, director of network services for Louisiana’s OTS, said in an interview with StateScoop. “There are so many applications that are Internet-based or online-based or cloud-based today, so it’s becoming really important to be able to have reliable, always-on services.”

Moving to a Fiber Network

The new Switched Ethernet service will let the state prioritize certain data packets and scale up or down its network usage to meet specific demands.

Cody Wells, communication manager for the Office of the Commissioner of the Louisiana Division of Administration, which houses OTS, told StateTech that the state “was seeking a reliable high-speed transport option as we move from a set of legacy or older technologies such as Frame Relay to newer IP-based services.”

Before the new contract with AT&T, Wells said, “fiber was deployed to select locations in the state as bandwidth consumption grew with the use of new applications.”

In addition to scalable bandwidth, Wells described several benefits the new network will afford the state, including industry-standard interfaces that will make it easy to transfer data without specialized equipment and flexible configuration options to meet different network needs. Wells added that the state’s effort to consolidate its data centers “has required higher speed connections to support virtualization and ever-growing data-storage requirements.”

Louisiana wants to make sure that the network serves residents not only in urban areas like New Orleans and Baton Rouge but also in the state’s rural areas. “The AT&T Switched Ethernet solution supports the state’s strategy and mission to do this while also helping the State keep costs in check to the benefit of its taxpayers,” Wells said. He added that there are currently more than 600 locations that have switched on the new service, and installations in other locations are ongoing.

That’s especially important in a state whose infrastructure has been devastated in the past by hurricanes. “In Louisiana, we tend to have a lot of water most of the year, and especially during hurricane season, so being able to bring these services in on fiber is a big plus,” Patterson told StateScoop.

The Switched Ethernet service promises to be faster and more reliable and will provide stronger support for several state applications, including electronic health records and telehealth, which, Wells said, “have helped provide coordinated healthcare services in the rural areas of the state.”

Wells added that “increased bandwidth will also support further use of video and collaboration tools as well as unified communications and mobility, allowing the state to serve citizens in new and innovative ways.”

Louisiana is also looking to reap cost savings as a result of the switch, though it’s unclear how much those savings will be. However, the state is looking to close a big budget hole. According to The Times-Picayune, the Louisiana Legislature has approved a short-term budget plan that will still leave a deficit of “as much as $30 million in the current budget cycle and as much as $800 million for the budget cycle starting July 1.”

Wells said the Switched Ethernet service “provides additional network capacity and greater flexibility for future growth, supporting the state’s goal of voice, data and video service convergence, with a lower per-unit cost.” He added that while it’s difficult to quantify the cost savings, “ultimately this will result in a reduction in the total number of transmission facilities required to provide state services.”

Additionally, Wells said that “the increased bandwidth will also support further use of video and collaboration tools,” which “can help reduce travel expenses and facilitate intra- and inter-agency cooperation” to better serve residents. 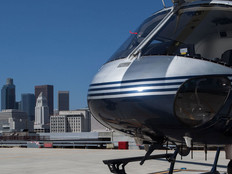 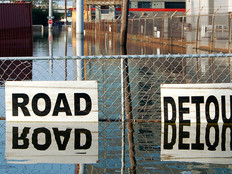 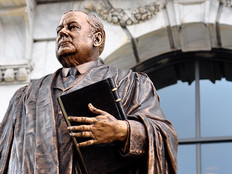