As the Internet of Things (IoT) becomes more popular, state and local government IT agencies need to play more of a leadership role in understanding the transformation of their departments and their networks.

Governments need to prepare properly to ensure they can handle the influx of smarter and more numerous devices, sensor networks and connected communications across their geographies. Embarking on any IoT-based journey requires governments and agencies to go through four key phases, which should be developed in the context of creating strategic partnerships between business lines and IT organizations.

Think carefully about where you expect IoT will be in the next three to five years. IoT can be daunting, because it is happening in so many different directions, seemingly simultaneously: connected traffic signals, smart electric grids, connected HVAC and lighting controls, sensors integrated into street lighting and pavements, and better access to municipal and public services. But that just means designers need to widen the overall approach and ensure all bases are covered.

2. Improve and Keep Up with Cybersecurity Accordingly

Security was the top impediment of any IoT rollout, according to a recent poll by 451 Research. 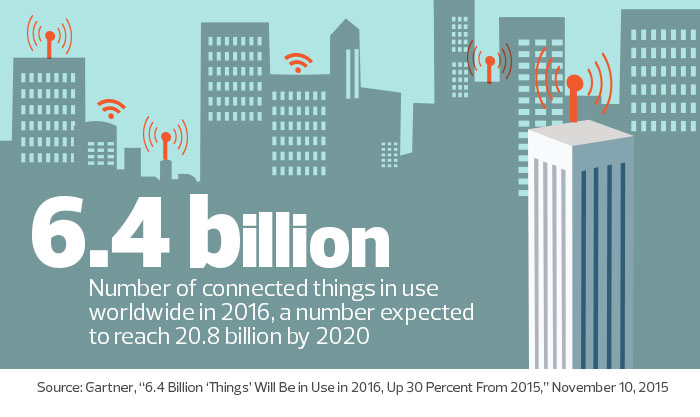 3. Develop a Plan to Fit Your Local Strategy

A good first step is to integrate cloud, mobile and analytics into a coherent whole. Consider what kinds of security policies will be needed as part of an upfront investment and plan accordingly.

Don’t forget to get a better handle on what your supply chain will look like as your teams invest more in IoT tech.

Understand the differences between IoT and traditional endpoints in terms of applications, protection hardware and network requirements. As the number of IoT devices increases, they will place more of a strain on traditional IT infrastructure, becoming more application-focused, centralized, hardware-centric and rigid. The current generation of IT infrastructure was designed for predictable endpoints such as PCs and servers that, once purchased, remained pretty much in place for the years to follow. But the new world of IoT isn’t so monolithic or static. Instead, it covers a far more dynamic world that is services-centric, cloud-based, agile, scale-on-demand, and capex-friendly.

That multipronged design should be more distributed and use software-defined networks to handle a flexible configuration and a wider variety of devices, from sensors that cost a few pennies to seven-figure industrial controllers.

Another important piece to understand is who will be responsible for building the underlying wireless and broadband infrastructure to support communications, control and IoT connections. That is where business partnerships can play a key role.

“Each server and computer needs a security identifier or certificate. With the number of identifiers approaching billions, new methods of identification, security and certification are needed,” says Raj Jain, a professor of computer science and engineering at Washington University in St. Louis. What should you look for?

Secure and centralize the access logs of all IoT devices. Ensure you can scale up processes as the number of IoT devices increases.

Use encrypted protocols to secure communication among devices and their management software.

Create more effective and secure password policies for all devices, but especially for IoT devices.

Understand that device firmware can be insecure and set up change control policies accordingly.

Design explicitly for privacy and security at the beginning of any IoT project.

Create vulnerability reporting systems for IoT rollouts at the beginning, and manage them consistently.