In the prime of Prohibition, Great Gatsby-like bootleggers had the run of Detroit, evading police capture at almost every turn.

While patrol cars may have been near the scene of the crime, frustratingly, precincts had no way of communicating across town to police officers if a tipster spotted the lawbreaking in action.

Enter the mobile police radio for patrol cars, which not only helped police round up pesky smugglers, but also endures to this day as a way to quickly dispatch officers, call for backup and keep cities safe.

So how did it become such an integral piece of technology for our cities?

WHAT  Is a Police Radio? 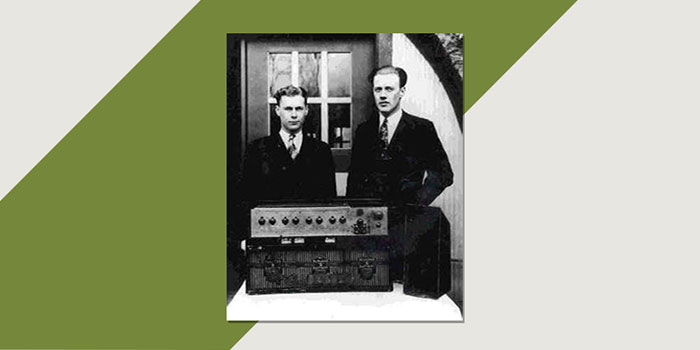 Let’s start with the basics. Encyclopedia Britannica defines radio technology as the “transmission and detection of communication signals consisting of electromagnetic waves that travel through the air.”

It’s likely you’ve heard the humming of dispatches and reports coming out of a patrol car as you stroll by; this is the modern cousin of the original — and much larger — device.

But the biggest difference between the radios police use today and the one created for patrol cars in the 1920s is that the original version was a simple one-way AM mobile radio. This meant that while police could receive calls to their cars, they could not call back the station to ask for backup or let dispatchers know they had arrived.

WHEN  Was the Police Radio Invented? 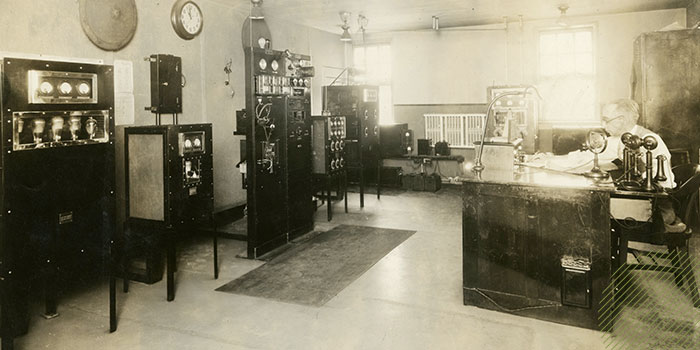 While radios were invented in 1895, land-mobile radios for patrol cars were a bit trickier.

Radio enthusiasts Detroit Patrolman Kenneth Cox and engineering student Robert L. Batts, under the direction of police commissioner, William P. Rutledge, persistently experimented with radio sets the pair had installed in the back seat of a Model T Ford police patrol car. But the signal in the mobile radios was weak and faded out under bridges and behind tall buildings.

Moreover, the original police radio didn’t have a dedicated channel. Appropriately called KOP, the system operated like any other broadcasting channel and was registered as an entertainment station to meet Federal Radio Commission licensing requirements.

Between lists of stolen vehicles and addresses of crimes, police would broadcast musical accompaniment.

In April 1927, after years of trial and error, Cox and Batts built a stable one-way radio receiver and antenna system for mobile communications.

The first patrol car radio was installed in 1928, and a broadcasting station on Belle Isle, W8FS, was set up as regular dispatches began April 7.

WHY  Was the Police Radio Invented? 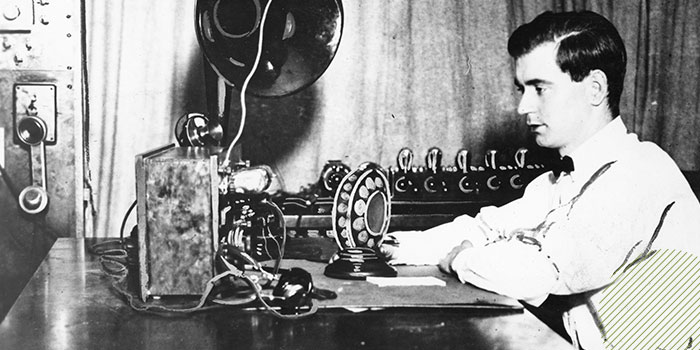 Patrol cars originally didn’t do much “patrolling.” Without a way to communicate, officers would wait at the station until they were dispatched to a scene and returned to the precinct for another call once finished. In Detroit, from 1917, officers would also wait at telephone kiosks for calls that may be nearby as they trod their beat on foot.

And, much like the bat signal, some cities installed red lights on top of buildings or in visible areas to signal to officers when they were needed. Officers would then run to nearby phones to call the station for an assignment.

But as Prohibition took hold in the U.S. in 1920 (it was repealed in 1933), alcohol smugglers called bootleggers ran rampant alongside bank robbers and other gangsters in Detroit.

With the increase in crime, police needed a better way to communicate from their cars so as not to waste time between dispatches. The one-way land-mobile radio enabled them to do just that while they were on patrol, and soon police departments everywhere began following suit.

No standard radio code system exists. Ten codes and other brevity codes differ radically from one part of the country to another. For this reason, the federal government asked states to discontinue them in favor of plain language in 2006.