Until just a few weeks ago, Houston County, Ga.’s 911 call center relied on IT systems and equipment from the start of the millennia.

But after breaking ground on a renovation in September, Houston County unveiled in June its new $6.5 million 911 call center, which replaced the nearly 15-year-old equipment. The new center, made possible through a contract with Motorola Solutions, boasts upgrades that include the newest software for the 800 megahertz system, as well as new wiring, electronics, equipment and furniture, The Telegraph reports.

The upgrades to the center, which also houses the Houston County Fire Department’s administration offices, offer more reliable systems and may help overcome some staff shortages.

Houston County is not alone. New equipment is sorely needed at 911 call centers around the country, as aging systems and cybersecurity vulnerabilities are putting many centers on shaky ground. A paper released by Ben-Gurion University highlights that attackers can exploit cellular network protocols in order to launch an anonymized distributed denial of service (DDoS) attack on governments’ 911 systems.

While a new bill would look to prioritize cybersecurity improvements at 911 centers nationwide, in the meantime call center upgrades can provide dispatchers with better tools to assist first responders. In Houston, the renovations offer a better layout that enables easier communication, as well as new tech, like the ability to better track cellphone locations within 500 feet. This data can help officers track down the location of a call even if they are not given an address.

“[Call center dispatchers] already do an outstanding job supporting us,” Steve Lynn, police chief from Perry, Ga., told The Telegraph while touring the new center. “This gives them better tools to continue to perform at a high level and give us all the support we need out on the road.”

“We’re next-gen 911 now, which will give us the capability of text messaging,” Houston County sheriff’s Capt. Ricky Harlowe, commander of the 911 center, told The Telegraph. “We’ll be able to have video streaming like if a burglar alarm goes off at a store … We can see inside of the store and see who’s in there.”

While the call center has not yet activated text messaging or video, these services are slated to go live in 2018.

These capabilities would bring Houston’s call center into a category with localities like New Jersey, Chicago and Sweetwater County, Wyo., which are already tapping media-rich capabilities, like streaming video, to provide a full picture of an incident as well as valuable information, like suspect descriptions.

Houston County is a harbinger of the times, with New York City also recently announcing its pursuit of a next-generation upgrade for emergency communications. The city is looking to transform its 911 system — the largest and busiest in the nation — into a fully digital one that can offer text messaging, photo, video, social media and more. The city released a request for proposal around setting up an underlying technology infrastructure that can support this IP-based next-gen system.

“Our number one priority is keeping New Yorkers safe, and developing the strongest, most state-of-the-art 911 system is essential to that mission,” said First Deputy Mayor Anthony Shorris in a press release. “In the 21st century, that means ensuring that New Yorkers who need to communicate with 911 can do more than make a phone call — we want to give them the ability to send photos, stream video, and more.” 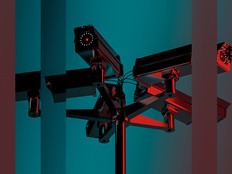