With regional governments delivering a wide array of core services to a vast number of citizens, it can often prove difficult to innovate. But many counties are making digital government a priority.

These counties were brought to light in the 2017 Digital Counties Survey, conducted by the Center for Digital Government, which chooses five counties and IT teams to recognize each year in categories based on their population size.

“As technology continues to grow in all facets of our lives, county governments are adapting and innovating,” National Association of Counties Executive Director Matthew Chase told Government Technology. “The Digital Counties Survey spotlights how counties deploy technology to enhance services and benefit residents while being responsible stewards of taxpayers resources.”

Here’s a look at which counties are taking the cake for their use of digital tech.

By launching a more strategic approach to digital government, King County snagged first place in the category for counties with a population of 1 million or more. The county has turned to the cloud to save costs and, by virtualizing servers, has cut its data center footprint in half, Government Technology reports. It has also cut carbon emissions by using Internet of Things sensors that have saved the county more than $1 million a year.

County CIO Bill Kehoe told Government Technology that while the county was equipping its agencies with digital tools over the last five to seven years, staff were not necessarily trained to use them correctly or effectively. By employing a more strategic approach to IT through tailor-made classes that accompany tech rollouts, the county is seeing more deliberate and efficient deployments.

“That’s the movement that I have seen in the last few years — the organization and the county have gone mainly from operational and transactional to more of a strategic and innovative approach,” Kehoe tells the site. “We still have a way to go, but the culture is changing in that direction.”

Westchester County taps only the IT tools that lend value to government employees and services, which wins it the top spot in the category for counties with a population of 500,000 to 999,999. It launched the Westchester Telecom network, which provides a broadband backbone to the entire county. Westchester also streamlined government services via collaboration with local municipalities.

The IT team has been making moves to embed itself into the decision-making process of the county government, helping to integrate only the tools that will help to improve business processes and agency workloads.

“One of our things that we have been getting good recognition on is a contract reform process, and a lot of it is around workflow and document management, and the process itself of eliminating paperwork and eliminating procedures that were just duplicative, but it’s not new technology per se,” county CIO John McCaffrey told Government Technology.

3. Douglas County, Colo., Educates Its Government Staff on IT

With a citizenship that boasts several high-level tech companies, Douglas County Senior IT Manager Craig Vacura says the county’s employees were not about to be left in the Dark Ages. By both pursuing ways to educate employees on the best use of technology and disseminating applications and tools that can make government services and operations more effective, the county earned the top spot in the category for counties with a population of 250,000 to 499,999.

Much of the education is offered through the Douglas County Innovation League, which seeks to provide county employees with an understanding of Lean/Agile and ITIL/ITSM best practices for software development and service management.

“From a county perspective, our leadership really believes in technology and is invested in technology, not just core systems but in areas that are more innovative and require research,” Vacura told Government Technology. “One of the areas that was really invested in recently is open data and shared systems and partnering with other counties.”

Arlington County was crowned king of digital innovation for counties with a population of 150,000 to 249,999 by embracing open data and transparency.

With Virginia Gov. Terry McAuliffe pushing for a more technology-focused agenda in the state, the county has launched initiatives such as the Open Data Portal, which aims to enable data-driven decisions for the county.

Moreover, in a bid to increase transparency, the county has begun livestreaming its county board meetings.

“What we see technology as is really an enabler, and what we try to do in my shop, you’ve got to keep the trains running, so, you’ve got to make sure the servers work, the networks are up and the databases are secure and all that. That’s IT,” Arlington County CIO Jack Belcher told Government Technology. “What we are trying to do is advance the discussion about what the future may hold for the community.”

While security is certainly top of mind for most local governments, Albermarle County is putting security talk into action, commissioning a cybersecurity audit and launching several programs that provide full cyber training to all employees.

Those efforts, alongside a telecommunications program that outfits public-service buildings with broadband, won the county first place in the category of counties with a population of less than 150,000 residents. 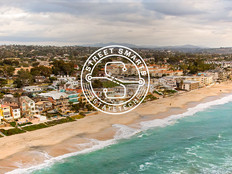