With a smartphone in hand, it’s easy to forget where telecommunications started. But, in the dawn of telephone communications, counties and cities directed calls via an operator through a manually operated telephone switchboard.

While many of the switchboards were owned by private companies — initially Bell and then eventually companies like AT&T — state governments oversaw the resource to ensure it reached all citizens effectively.

HOW Did the Telephone Switchboard Come About? 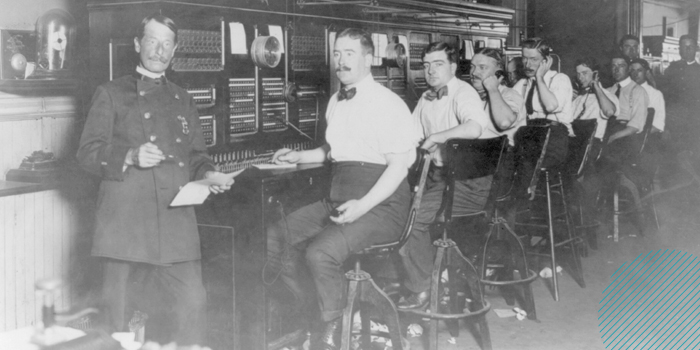 Alexander Graham Bell unveiled the first telephone in 1876, a wondrous device that converted sound waves into an electric signal.

While the first telephone was a remarkable breakthrough, its use was limited, and so the telegraph — a system that transmitted electrical signals via wire between telegraph stations through a code of dots and dashes — remained popular. That is, until Thomas Edison and a team of scientists improved on the device, inventing what they deemed the "carbon button transmitter," which carried sound over longer distances, making the device commercially viable.

Even still, the first telephones had limited use. They were bought in pairs and could connect only with each other, according to PBS. For this reason, manual central switchboard exchanges came onto the scene. 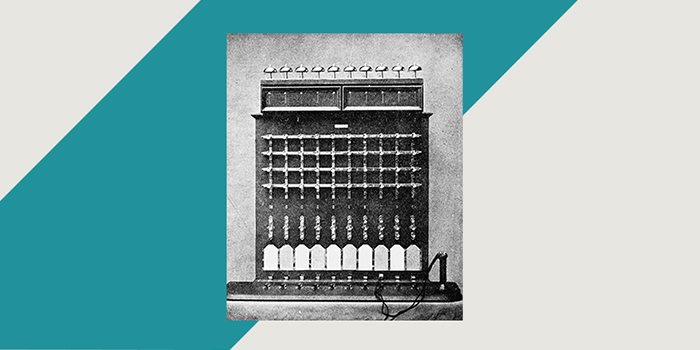 The first-ever manual switchboard, constructed from “carriage bolts, handles from teapot lids and bustle wire” debuted in New Haven, Conn., in 1878. It serviced 21 subscribers, who paid $1.50 per month to be part of the exchange.

Shortly after, these manual telephone exchanges, or switchboards, which used electrical cords or switches to establish the connections between subscribers, began popping up in every city with a population over 10,000 — cities such as Boston, Milwaukee and Atlanta. These private switchboards catered to only the cities where they resided at first and, as they grew, were regulated by state or local entities. In Wisconsin, for example, the state granted the Railroad Commission of Wisconsin the right to regulate phone lines operated by private companies to ensure the service remained affordable for the public.

The first switchboards in most cities were on the top floors of buildings so that the wires could “easily be strung out of the building to telephone poles,” according to Atlanta Telephone History. Many had only about 25 lines and catered to a limited number of subscribers. In 1884, for example, the Atlanta Telephone Exchange had just 370 subscribers.

Moreover, with switchboards, there were no telephone numbers. Instead, the caller would ask the operator to be connected to another subscriber by name, and the operator, who had memorized the name of every subscriber, would connect them.

WHERE Is the Telephone Switchboard Now? 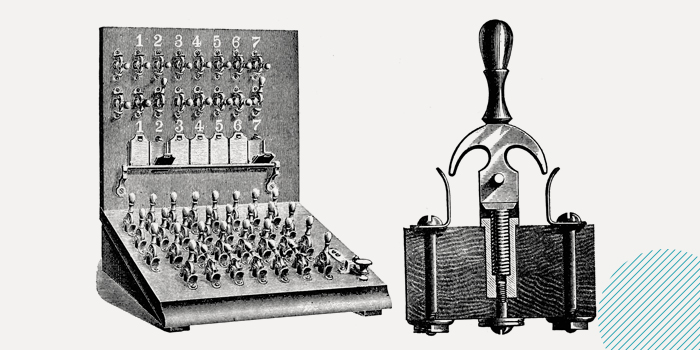 The manual switchboard didn’t last for long. Almon Strowger invented the automatic switchboard shortly after and patented it in 1891, which gradually replaced manual and central exchanges. By 1919, even the switchboard giant Bell System had adopted automatic switching, and it effectively swept across the country.

Telephone exchanges eventually progressed to an automatic dial system, although switchboards remained important for much of the 20th century. According to Telephone Systems Guide, throughout the start of the 20th century, operators had to be heavily involved for long-distance calls, instructing the caller to hang up before contacting the operator in the appropriate city, carefully connecting the lines, and calling back.

In 1940, the dial tone and multifrequency operator dialing were introduced. An operator could plug in a “tandem trunk” before dialing the area and operator code to reach an operator in a required city. By the 1970s and 1980s, “cord switchboards were replaced and [traffic service position systems] were introduced, significantly streamlining the involvement of operators in handling calls."

Switchboard operators eventually evolved into receptionists, whose jobs have now effectively been replaced by automated systems as well.

Originally, boys were hired as switchboard operators (they had been used as telegraph operators prior to the move to telephone), but they weren’t temperamentally suited to the task.

“The first operators were teenage boys, who turned out to be impatient, rude, (often swearing at subscribers), and full of pranks, including disconnecting customers and misdirecting their calls. When bored, they would whittle away at the wooden switchboards,” Lake County News reports.

To remedy this, Alexander Graham Bell himself decided it would be best to try women. He hired the first female operator in 1888, telegraph operator Emma Nutt, who proved patient and polite, greeted callers with a soothing voice, and easily navigated the exchange. Soon after that, women were hired extensively to run switchboards all over the country and were said to be faster than the men they replaced.