Albuquerque, N.M., has partnered with Cisco to replace traditional streetlights through the Cisco Kinetic for Cities platform.

Technology has the ability to make living in a city safer, more efficient and more enjoyable. Major companies involved in smart city innovations — like Cisco and Panasonic — produce technologies that do just that.

Among other things, the city uses Cisco Kinetic for Cities to help reduce traffic congestion and to curb pedestrian accidents.

“It’s not just about the technology; it’s about making people’s lives much better,” he says.

In Albuquerque, N.M., another smart city that partners with Cisco, officials seek to replace traditional streetlights through the Cisco Kinetic for Cities platform.

“The data is everywhere in cities,” he says. “Using Cisco’s technology bridges that data together… and lets public officials make really intelligent decisions based on that.”

MORE FROM STATETECH: Discover why these eight cities are the smart cities to watch!

Panasonic Takes Smart City Plans to the Next Level

But it takes more than technology to make a smart city a success, says George Karayannis, vice president of CityNOW for the Panasonic Corporation of North America.

“Technology is only an enabler,” he says.

The secret sauce is to align all stakeholders — including government leaders, transportation and utility leads — to define collective goals that can only be achieved through collaboration, Karayannis says.

Panasonic did that at Pena Station NEXT, a 400-acre, mixed-use, transit-oriented development in Denver, Colo. The public-private partnership offers a living lab for stakeholders where they can understand and interact with the technology firsthand. Panasonic has built a 20,000-square-foot model “mini city” in a building that includes a sports and entertainment district, a commercial business district and a mobility district to help stakeholders achieve a shared baseline of knowledge of the costs, benefits and underlying technology of practically any smart city application.

DOWNLOAD: Find out how your city can achieve digital transformation in this CDW Insight Report!

“Smart Cities 1.0 was mostly vendor-led, and as a result, it was mostly about shiny stuff they could sell,” he says. “Smart Cities 2.0 is more about process improvement, enabled by technology. This is a subtle but critical distinction.”

Stakeholder alignment will be a key piece of this next step. “We believe the future of successful smart city implementations is stakeholder alignment, which unlocks the public-private partnership opportunities, which then lead to impactful projects,” Karayannis says.

Looking forward, smart cities have a lot of room to grow in the transportation space, Cisco’s Norwood says.

With 40,000 vehicle crashes annually, there clearly is a problem with roadways — one that smart technology can help to solve. Cities may adopt technology that can tie together various data in real time. Using data from fog sensors and connecting those sensors to roadway signs can indicate a gate is closed due to fog, for example, Norwood says.

This focus will make roadways safer and also offer the added benefit of cutting down on traffic, he says. 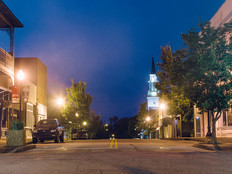 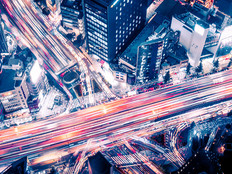