North Carolina implemented electronic ballot verification after it had to hold a new election in Johnston County in 2007 because too many incorrect ballots were issued. “We’re averting risk, basically,” says North Carolina State Board of Elections IS Director Marc Burris. “The cost for that election was in the five digits. The same problem statewide could cost $4 million.”

State and local governments have been putting barcodes to innovative uses. In addition to helping expedite voting, barcodes have been used to track evacuees, streamline inventory and aid audits.

Get Out the Vote

Despite record voter turnout and a tight presidential race in North Carolina last November, Burris felt confident about the statewide rollout of a new system that uses barcodes to ensure voters get the right ballots.

The IT group bought 500 Motorola Symbol P460 barcode guns last winter to pilot during the presidential primary, then bought 1,000 more in September for the statewide rollout. The project cost about $1 million, including labor and training. A geographic information system on the back end of the barcode system links to North Carolina’s voter-registration system and assigns the right type of ballot to each voter.

Burris chose the Motorola P460 barcode gun because it has a basic keypad and an ergonomic grip, an important consideration for poll workers scanning voter affidavits and ballots all day. “It’s very simple, and that’s what we wanted,” Burris says. “Poll workers have enough to worry about; they did not need another thing to burden them.”

The barcode scanners were even more helpful after poll workers figured out how to use them with touch-screen voting machines, whose refracted light made it impossible to scan a barcode on the screen. In a workaround, the poll worker scanned the voter’s barcode, read on the gun the number of the ballot style that voter needed, then typed the ballot number onto the screen.

Burris plans to use the barcode scanners for other projects across the state. Throughout the year, counties can use the scanners to inventory and sign in and out millions of dollars worth of voting equipment. The scanners can also be used to register voters, he says, and a pilot in Orange County will enable election observers to scan and store names of early voters to better target get-out-the-vote efforts on election day.

When Hurricane Ike was bearing down on Texas in September, the National Weather Service warned that people who didn’t heed evacuation orders faced “certain death.”

Texas learned a lot after receiving almost 500,000 evacuees from Hurricane Katrina in 2005, many of whom were disabled or incapacitated and had no identification, says Chief Jack Colley of the Governor’s Division of Emergency Management. Texas has taken careful steps to ensure that evacuation planning is safer, more efficient and doesn’t violate “the very important principle that we’re dealing with human beings,” he says.

Emergency workers distribute wristbands with barcodes and RFID chips to evacuees, and use Motorola handhelds and readers to scan them as people board buses or planes. When evacuees arrive at shelters, they simply walk through a portal that reads their wristband. Barcodes also track medical equipment, such as walkers, wheelchairs or oxygen tanks, to make sure it stays with the person who needs it. The system even tracks pets to reunite them with their owners.

During Hurricane Ike, the system tracked about 10,000 people with special needs. “There were many cases where family members would call for someone infirm or elderly, and we could tell them instantaneously where they were,” Colley says.

The $4 million the Texas agency invested in the SNETS is “worth every penny,” Colley says. “Some things don’t have a price tag, and that’s being able to assist and take care of those who can’t help themselves.”

Since 2003, the city of Dallas has reaped about $30 million in Homeland Security grants, much of which has been used to purchase equipment that must be inventoried and audited. That’s why Lt. Leslie R. Thomason, logistics officer for special operations in the Dallas Fire and Rescue Department, stopped tracking rescue gear with an Excel spreadsheet and turned to Wasp Barcode Technologies’ MobileAsset tracking software.

Thomason can print a barcode label that includes the owner’s name, the name of the grant, a brief description of the equipment and its serial number. He can scan the labels to update his records with the location of the equipment; pull reports by grant, purchase order, depreciation level and so on; and run reports to give to auditors. “We know exactly where each piece of equipment is and can put our hands on it,” he says.

The streamlined asset management process works so well for the Fire and Rescue Department that Dallas deployed it citywide for its Homeland Security grants. “The physical inventory became cumbersome,” says Dina Colarossi, grant coordinator for the city. “This will save a lot of time and energy and effort for a small staff.”

In Boise, Idaho, manual inventory of the city’s waste-water system wasn’t working. Workers removing parts from the warehouse had to write down product information on a piece of paper, which someone else would then have to key into a database. “Our main goal was to reduce the human error that was inherent in our warehouse,” says Melissa Rushton, IT project analyst for Boise.

To save time and improve accuracy, the city rolled out a centralized barcode system. A third party developed software to put on Intermec mobile computers. Now warehouse workers simply use the Intermec device to scan the barcode on a piece of equipment. The computer immediately marks the product as having been removed from inventory, and the transaction is handled in real time.

Warehouse staff were quick to adopt the technology, Rushton says, although employees in the field have taken a bit longer. She advises taking the time to train end users to make sure the system is well implemented across the board.

In addition to time saved, Rushton says other benefits include better accounting for parts and knowledge about which jobs they go to. “We have better inventory control on our cycle counts, and we don’t have a backlog anymore,” Rushton says. “Eliminating human error has been huge.”

People commonly use radio frequency identification technology to track pets or livestock. But when it comes to tracking humans, RFID is controversial, to say the least. While nobody disputes the practical benefits, some cite privacy concerns, while others voice concerns about long-term health impacts.

Still, it’s a viable option in many cases. Tracking children, for example, could prevent the heartache of loss or kidnapping, while inmate tracking could keep the criminal population under control.

“There are a lot of potential applications,” says Michael J. Liard, a research director at ABI Research. “In the healthcare world, it can ensure infant safety or mitigate the traffic and wait time that takes place in emergency rooms. At the Pentagon or NASA, it could be used to make sure everybody exits the building in case of emergency. In theme parks, it’s being used today to track kids and even to hold specified amounts of dollars so kids can buy things by themselves.”

RFID Revenue On The Upswing 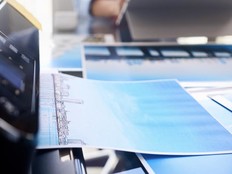