The results of the 2014 State CIO Survey reveal a heightened focus on project management, stemming in part from some high-profile failures related to Affordable Care Act rollouts.

Conducted by the National Association of State Information Officers, Grant Thornton and TechAmerica, a portion of the survey focused on planning and oversight of large, critical state IT projects.

“There’s been a trend over the past several years in that states have become more and more disciplined in their assessment and oversight of large projects,” said Graeme Finley, managing director of Grant Thornton in a panel discussion at the NASCIO 2014 Annual Conference.

While cost is certainly one component, it’s not the only one — other factors besides dollar level include the importance to mission, level of visibility, duration and perceived level of risk. That’s the case for Washington state, which has an online tool for assessing projects and generating a risk profile. “The cost, the complexity of the project, the background and experience of the people who are doing it all play a part in the determination of risk,” said CIO Michael Cockrill. “We have some small projects that get evaluated as very risky.”

The survey found that each year, more than half of the states are managing at least five projects that they consider large or critical. And almost three-quarters have recent experience overseeing projects with budgets exceeding $100 million, which dominate budget and attention.

Kentucky, which successfully completed the high-profile kynect healthcare enrollment project, also has a formal procedure for evaluating projects, said CIO Jim Fowler. “The problem is we’re too heavily weighted on risk and not weighted enough on business impact. We frankly became afraid of them.” He said that’s an issue to address going forward.

While nearly every state has a system in place for tracking projects or is drafting one, some states are further ahead in sharing that information with the public.

“The KY.gov public dashboard exposes our failures as well as our successes,” said Fowler.

However, the survey results show that only 23.1 percent of states provide a publicly available dashboard of project health information, though about 20 additional percent are creating one.

You can keep up with the latest from this year's conference by visiting our NASCIO 2014 content hub. 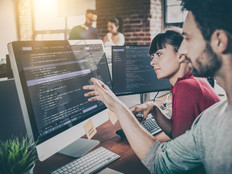