Illinois is well on its way to building a tech-focused government.

Although Hardik Bhatt has since left his role as chief digital officer, CIO and secretary of the newly formed Department of Innovation & Technology, the state is still pursuing an aggressive technology agenda, including becoming the first smart state and fielding blockchain in government operations. Several smaller projects are also in the works, such as making a smart building; exchanging information with smart city projects in Telangana, India; and mandating cybersecurity training for all state employees.

Bhatt sees great potential in the state’s digital revolution, and he would know. He has extensive experience in smart city development after leading government development for Cisco’s smart city efforts for several years and assisting in Chicago’s smart city transformation.

Prior to his departure, Bhatt sat down with StateTech to speak about how the state is implementing these different aspects of IT innovation and how the efforts are making the state a technology leader.

STATETECH: Illinois has a lot on its technology agenda right now. What do you feel is your No. 1 priority?

BHATT: The No. 1 priority is the comprehensive digital transformation. That transformation is not just with IT. It’s about changing how the state government operates and provides services, moving forward with the right technology and an enhanced focus on the taxpayers’ investments.

What falls under that first and foremost is providing the basic technology necessary to bring Illinois into the 21st century. That means upgrading old systems, like moving to an enterprise resource planning system that creates transparency and provides better financial accounting, generating tremendous savings and cost avoidance.

It also includes making better use of data, so that caseworkers and tax auditors can get better ROI for their time and we can focus those scarce resources in the right direction.

STATETECH: What goes into creating more mobile platforms for your government agencies?

BHATT: The approach we have taken is threefold.

We have a Mobile Innovation Center in which developers from our mobile and development teams sit down with agency and business stakeholders to understand their high-priority services and to figure out what services to prioritize as they move to mobile platforms.

We are also working on a two-pronged mobile app approach: We create outward-facing apps for resident services, and also develop apps to make government employees’ jobs simpler —for instance, allowing child services caseworkers to capture onsite conditions via photos in an iPhone app instead of scribbling down notes during a visit.

In the meantime, we have revamped the entire website for the state of Illinois to be mobile enabled. We have converted more than 90 percent of our old static websites into mobile-friendly ones.

STATETECH: Illinois has announced its intention to become the first "smart state." What exactly does being a smart state mean to you?

The first pillar includes transforming state government through efficiencies realized by new technologies, such as the Internet of Things, analytics and blockchain. As most of the initiatives under this category are IoT-based, we established an IoT Center of Excellence that calls on the expertise of 11 different agencies to prioritize various projects. Through this process, we have determined smart streetlighting would provide tremendous ROI and thus we have set out a project to facilitate that throughout the state.

The center also includes the CISO, because IoT and cybersecurity go hand in hand.

The second pillar is to ensure that we support the development of smart cities and enable the necessary regulatory and funding changes to make this possible. Establishing statewide procurement is a major objective. With the streetlighting project, we will award a contract sometime next month that any city of any size in Illinois can take advantage of. If a small town of 7,000 people wants smart streetlights in order to defray energy costs, they can take advantage of the contract and make that happen.

The third pillar is to build a sustainable system that can be replicated in other states. Every city that wants to be a smart city feels like it has to reinvent the process. We have wasted so much time doing that. We want to create a template that others can replicate.

STATETECH: How far are you in the process of making a smart state?

BHATT: There is no end date for this because you can always continue to improve. This is why we divide all the work we have set out for ourselves into 75-day sprint planning increments, which allow us to track and measure our progress on several projects.

STATETECH: The state also recently underwent a consolidation that formed the Department of Innovation & Technology. How has this change made a difference in how you procure and manage IT services?

BHATT: Technology is about providing better customer service. Keeping that in mind, we tried to take the IT procurement and management away from agencies so that they could focus on doing their jobs instead of IT changes.

The change has also allowed us to increase our focus on cybersecurity and provide better ROI through economies of scale, getting into one contract throughout the state that every agency can use as opposed to 38 different contracts.

We just had the first anniversary of the new department. The goal is, by year four, we aim to see savings in the way of $15 million as a result of the consolidation.

STATETECH: Can you speak about the opportunities to use blockchain across Illinois for government operations?

BHATT: In part, blockchain has to do with creating an environment of economic development, one that will attract more entrepreneurs to build blockchain-based systems. We are also looking to learn from the industry so that we can regulate more effectively.

From a government perspective, we want to know how we can leverage blockchain to drive efficiency in transactional operations between both our customers and the government. This could be providing credentials for continuing education or verifying digital identity for private records or healthcare provider registry.

This may or may not turn into a full-fledged project, but we are testing the use cases and expect to have a white paper on our experiences by the first quarter of next year.

STATETECH: If you could wave a magic wand and change one thing about state government IT, what would it be?

BHATT: What Illinois has going for it is a fantastic governor who understands the power of technology to change the world and has given us the freedom and flexibility to move quickly toward development.

If I had a magic wand, I would give every leader that mindset. It would really change how we serve our citizens.

Photo courtesy of the Illinois Department of Innovation & Technology 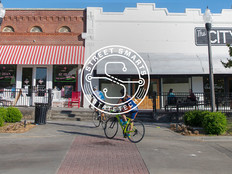 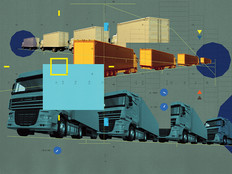