It's no secret that Cisco Systems is an expert on smart city deployments (just check its Smart Cities Blog, recently featured on StateTech's must-read blogger list).

For several years, the company has been partnering with cities across the country to launch smart city projects and initiatives. Cisco Systems is leveraging its Kinetic for Cities digital platform to provide a complete view of operations in several cities across the globe. The platform consolidates data from multiple data streams, including sensors and cameras throughout the cities.

Las Vegas partnered with Cisco Systems in October, with officials announcing they wanted to capitalize on real-time data and technology in a way that will improve mobility and quality of life for their citizens.

"The connected ecosystem in general really provides us with the insights to achieve our goals of having a safer, more sustainable, more mobile city and we hope that all of that breeds economic development and brings businesses to our city," Michael Sherwood, the city's director of technology and innovation, tells StateTech. "That's what trying to build a smart city is all about."

Cisco's technology has also been used in smaller cities, enabling a citywide upgrade for Schenectady, N.Y., which has a population of just over 66,000. Through a complete smart city upgrade, city officials have already modernized more than 5,000 of their existing streetlights to sustainable LED lights, making the entire network accessible through a secure web browser, states a recent Cisco Customer Spotlight.

Moreover, city officials are connecting and augmenting the city's existing network of video surveillance cameras, "to assist the local police department and provide officers with a better means of instant face-to-face communication."

While there are many successes, current deployments aren't without their own issues, particularly when it comes to financing projects, ensuring cybersecurity and building up the underlying infrastructure necessary to support new connected technologies, such as sensors or cameras.

Cisco smart city experts have learned from these deployments and are releasing resources that seek to address issues that can hold up projects for city leaders.

For this reason, Cisco introduced its City Infrastructure Financing Acceleration Program in November, a $1 billion program aimed at making it easier and more affordable for cities to fund and adopt transformational technologies.

"Funding is a major stumbling block for municipalities beginning their smart city transformation," said Anil Menon, Global President of Cisco's Smart+Connected Communities, in a statement. "With our partners, Cisco will bring the capital and expertise it takes to make smart city projects a reality."

It helps cities "assemble the right type or suite of finance instruments to fund and deploy innovative technology with minimal initial investment," the release states, including loans, as a Service offerings that can reduce investment and consumption-based financing, among others.

Cisco Extends Its Smart City Platform to Include More Tech

Cisco Systems announced in October that it was relaunching its smart cities data aggregation platform, previously called Smart+Connected Digital, as Cisco Kinetic For Cities, with the aim to offer cybersecurity and support for a wider number of applications.

The tool can provide local governments with ways to maximize the impact of small projects. It also can fortify cyberdefenses, which is important considering claims that three-quarters of Internet of Things projects are "failing" because they lack cybersecurity defenses.

"It's a solution that provides connectivity as well as analytics and security to multiple devices, such as sensors, streetlights, and video cameras," Cisco's Larry Payne told StateScoop of the relaunched offering.

Moreover, new offerings on the platform also aim to allow cities to test the waters with pilot and smaller deployments prior to diving in full scale. The Cisco Kinetic for Cities starter solutions "let cities test the platform with one or multiple solutions over a small area to make tangible how it will all work together once deployed more broadly," Menon explains. 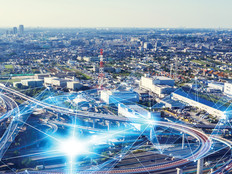