Smart city projects are popping up all over the country. Last year, Las Vegas made a significant investment in smart city technology, and recently, even smaller cities are embracing smart city projects. But as IT leaders and government officials move forward together on connected tech deployments for everything from street lights to road maintenance, they often find it’s not easy to lay the groundwork infrastructure, team structures and leadership in order to make projects successful.

And with taxpayer investment on the line, it’s important that IT leaders build a path that will garner savings and ease services for residents and local government workers alike. But with all the moving parts necessary to make smart city deployments possible, it’s difficult to know where to start.

Luckily, Jesse Berst, founder and chairman of the Smart Cities Council, knows not just where to begin, but also how to see through a successful smart city project. Here, he addresses frequently asked questions and offers advice on how IT leaders can build the roadmap to happier, healthier and more cost-effective cities with connected technologies.

What Is the Definition of a Smart City?

At its core, building a smart city is just using technology to improve community life.

In the private sector, every company is committed to doing everything digitally. That same digital transformation is occurring in government.

What Are the Top Smart Cities in the World?

These are the best examples we have thus far of cities that have integrated technology in a cross-cutting fashion, informed by a master plan, as opposed to a collection of individual projects that are siloed and completed piecemeal. These cities have architected technology in such a way that the infrastructure, cost and data can all be shared by multiple parties.

What Are the Benefits of Smart City Technology?

What it boils down to is using technology to make city residents happier at less cost to the city. Technology isn’t the only part of that equation, but it is an essential tool to promoting more livable, workable and more sustainable cities.

On top of that, it costs far less to provide government services digitally as opposed to over the phone or in person, and it’s more convenient for all involved. After the initial cost of deployment, there is often a rapid payback in the way of millions in annual savings once the tech is implemented to digital-service-delivery-possible.

What Are the Challenges of Implementing Smart City Technology?

Legacy technology — While new technology is certainly still maturing, legacy infrastructure will put the brakes on any new deployments. You must have an enterprise architecture for a city IT department as well as citywide connectivity for residents. You can’t have a smart city if entire neighborhoods are left out.

Financing — There are several creative ways to source financing, but many cities aren’t aware of many of the options or comfortable with funding strategies like public-private partnerships. These are both problems that can be overcome by education.

Stakeholder engagement — How do we get all of our constituents, business partners and departments involved and on board? It often becomes about early engagement, so no one community is simply being told what it wants, but has buy-in from the start.

Governance — How do we organize ourselves for dynamic transformation? Here, change management becomes very important to ensure that departments are interacting effectively to develop and implement statewide policies. This also requires gathering, analyzing and using data to ensure that the correct decisions are being made along the way.

Cost is always a barrier, but there is an opportunity for city leaders to capitalize on the need to update infrastructure — a need that will arise for much of America within the next few decades.

If you are going to be rebuilding infrastructure, it makes sense to rebuild it with connected technologies. Smart bridges and roads, for example, can alleviate traffic or offer better windows into road maintenance needs. Upgrading to smart infrastructure when the time comes is one way to access the funding and can often save governments cost in the long run.

An important point is that these projects become unaffordable unless they are led collaboratively by the city as a whole and in a cross-cutting fashion. It makes no sense and strains resources to, for example, deploy a separate broadband network for each department or need. Sharing services lowers the cost immensely.

How Can State IT Leaders Lay Groundwork for Smart City Tech?

Where Is a Good Place to Start with Smart City Technology?

There are a number of popular on-ramps that can have a quick payback for cities both financially and publicly. Open data portals, which publish public information, can be used to build applications that make a city better and more functional both by outside sources and from within a city’s own departments.

Smart street lights are very popular. When upgrading lamp posts, a small investment can allow a city to add in a communications module. Once the upgrade is complete, a city has a canopy network throughout. Smart buildings and smart grids also offer a quick ROI due to savings from energy and other efficiencies.

Cities are competing with each other to offer the resources necessary to draw business, offer residents sustainable and healthy living environments and make their cities overall pleasant and equitable places to live. Without investing in technology, it’s highly unlikely that any city will be able to remain competitive. 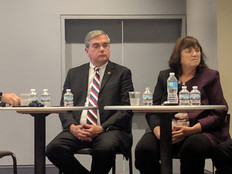 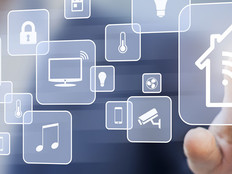 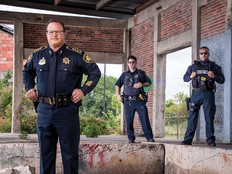