Look! Up in the sky! It’s a drone! And it’s probably being flown on behalf of a local police agency.

Public safety agencies across the country are increasingly turning to unmanned aerial vehicles, better known as drones, to help them accomplish their missions and ensure the safety of their communities.

Drones are being used for all manner of activities, from locating missing persons, stolen vehicles and suspects fleeing from crime scenes to assessing and reconstructing accident scenes.

According to a June report from Skyward, a Verizon-owned drone operations and consultancy company, 24 percent of total commercial drone use is in the public sector. At least 910 police, fire and emergency-services agencies have drones, according to an estimate by the Center for the Study of the Drone at Bard College in New York cited in a Washington Post article. About two-thirds of state and local agencies with drones are in law enforcement, the Post reports.

As more police departments deploy drones, there will likely be an increased need for back-end technology to store, process and analyze the video footage and other data they produce.

Police Departments Find a Variety of Uses for Drones

Law enforcement agencies are turning to drones for all types of activities related to public safety. As the Post reports, the sheriff’s office in Tazewell County, Ill., uses drones to quickly take photographs of accident scenes to help investigators reconstruct the crashes later using software.

The department began using drones about a year ago for accident reconstruction, and has used them in six crashes, the Post reports, spending $15,000 in the process on the drones and training. In one case, a drone was able to gather visual data about the crash in 45 minutes, rather than the three hours it would have taken on the ground.

Meanwhile, the city of Wilson, N.C., started using UAVs a little over a year ago, also to capture footage of accident scenes.

“This allows all the subject matter experts to collaborate, without having to get together on scene. You could have engineers and utility operations managers and public safety officers all working together,” Will Aycock, general manager of Wilson Greenlight Community Broadband, the city’s fiber network, tells Government Technology. “If everyone can see what is going on in the field, that is going to speed your response and you’ll get the right resources on the scene.”

The city is currently testing the ability to livestream drone footage, and plans to deploy it operationally in early 2019. Undergirding that capability is a robust fiber-optic network, which the city deployed in 2006 and 2007.

Government Technology reports: “The city-operated network typically runs at speeds 10 to 100 times greater than a typical commercial network. In considering a public-safety implementation like live-streaming of drone data from accident scenes, city officials said that broadband capability was a determining factor.”

The police department in Georgetown, Ky., uses drones to track lost citizens, locate fleeing suspects and find stolen vehicles. The department’s drone shows streets using satellite maps, and is equipped with a camera, according to the News-Graphic.

The police department has used the drone to detect suspects involved in vehicle break-ins in the area. “The unit has thermal imaging, night vision and an infrared camera system on it that allows it to detect heat and tell temperature differences, and that allows us to see in the dark,” Halley says.

Data Storage Is a Key Concern with Drones

Just as is the case with video footage from body cameras, drones present to local government agencies challenges in storing, protecting and analyzing all of the data they collect.

The federal government has been using drones heavily since the early 2000s, especially for counterterrorism, and has more experience with them. However, the same challenges that apply to federal agencies also likely apply for state and local ones.

Shawn McCarthy, research director for the Government Insights group at IDC, notes in a FedTech article that the ease of data collection enabled by drones can present both benefits and challenges.

“There is a substantial geographic information system element in drone data collection, along with video,” McCarthy says. “It’s not that either of those elements is new, but drones help access data in an efficient and inexpensive manner, which leads to a greater amount of data to deal with.” 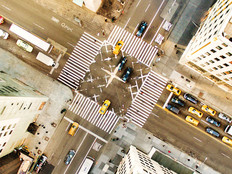 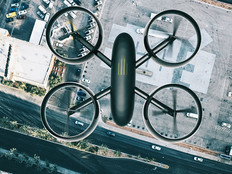 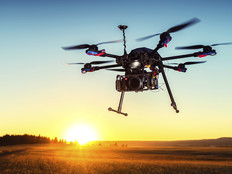