The deployment of 5G wireless networks will be one of the key trends to watch in state and local government as 2019 unfolds. 5G will be particularly important in the public safety realm, as first responders start to use the technology for a variety of uses cases.

To get the ball rolling, Verizon has partnered with Responder Corp to create a 5G First Responder Lab. The lab will serve as an incubator and testing ground for innovative technologies that use 5G and can be deployed for public safety use cases. Verizon says that it will then “deliver those solutions to public safety agencies throughout the country.”

The fifth generation of cellular technology promises to deliver speeds 10 times faster than 4G LTE and cut latency to milliseconds. Latency is basically any kind of delay that happens in data communication over a network. 5G will also likely be combined with multi-access edge computing, as first responders use and deploy Internet of Things sensors at the edge of mobile networks.

Mobile edge computing refers to computing at the edge of a network, as SDxCentral notes. “The edge is similar to a distributed cloud with proximity close to the end user that delivers ultra-low latency, reliability, and scalability,” the publication reports. 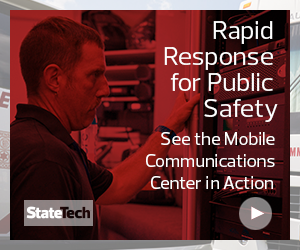 What Is Multi-Access Edge Computing in 5G Networks?

Multi-access edge computing refers to shifting compute functions from a centralized location to the edge of the network closer to the end user. “By moving those functions to the edge, the benefits are significantly lower latency, an increase in reliability, energy efficiency, peak data rates and the ability to process more data through more connected devices,” Verizon spokeswoman Karen Schulz says. “This operation is access (4G/5G/Wireline) agnostic, and hence the name ‘multi-access.’”

Babak Beheshti, an IEEE board member and the dean of the College of Engineering and Computing Sciences at New York Institute of Technology, notes that MEC offers a cloud-based service environment that allows for “real time, high-throughput, low-latency access to applications that are inherently intolerant of latencies.”

In traditional centralized network architectures, latency results from “traffic having to go through the entire network to a central point and then back to the end user equipment,” Beheshti notes.

What Are the Standards for Multi-Access Edge Computing in 5G?

Meanwhile, the standards group ETSI is working on ways to accelerate the adoption and deployment of systems using MEC-defined framework and services exposed using MEC-standardized application programming interfaces. The ETSI working group will focus on, among other things, “identifying best practices to implement a MEC System, by leveraging cloud application design, orchestration and automation, security and reliability advances.”

Schulz adds that ETSI is working on ways to standardize how to break out the traffic, and how different APIs can expose to applications running at the edge. Verizon is observing these standards as they emerge, she adds.

While much of the buzz around 5G has been around new cellular radio technologies, Beheshti notes that 5G is “more about the fundamental decentralized architecture.”

Beheshti says MEC in 5G gives service providers and wireless carriers the opportunity to offer distributed sites, including cloud radio access networks, aggregation points, central offices and cell towers as “actual points for the end users to compute data and store them as part of a virtualized and automated cloud network. In other words, MEC is integral to 5G.”

MORE FROM STATETECH: Find out how AR smart glasses can help firefighters.

Kevin Curran, an IEEE senior member and professor of cybersecurity at Ulster University, notes that the primary goal of edge or multi-access edge computing is to “reduce network congestion and improve application performance by achieving related task processing closer to the user.”

Speed, efficiency and scalability are some of the “exceptional benefits” that 5G can bring to edge computing, Curran says.

“Edge computing simply gives more throughput by storing and processing data closer to where it is generated or used,” he adds. “This minimizes the network load in areas where network connectivity is poor, enabling faster transmission and an improved end experience. 5G brings in the super-low latency, which enables a new breed of applications and services.”

MEC/5G use cases already being realized include augmented reality and virtual reality, which benefit from fast response times and low-latency communications; connected cars, which also thrive in high-bandwidth, low-latency, highly available settings; and other IoT applications that “rely on high performance and smart utilization of network resources,” Curran says.

Nick Nilan, director of public sector product development at Verizon, says he thinks the largest MEC 5G use cases will be real-time analytics and computer vision on video surveillance.

As an example, he notes, first responders, including police and firefighters, “could assess surveillance feeds for facial and image recognition to produce alerts, spurring immediate actions such as sounding alarms and locking doors.”

Curran concurs and notes that edge computing in public surveillance systems “will be able to find extraordinary events and make real-time safety decisions.” They can use artificial intelligence “to merge the images and data from their various sensors to adapt instantly.” These sensors generate large amounts of data, Curran notes, often about 1.5 gigabytes per second, “so being able to incorporate edge computing allows more rapid responses.”

MEC and 5G also enable vehicle-to-vehicle communications, which can be used to allow first responder vehicles to communicate with each other and with civilian vehicles, Curran says. “5G's latencies below 20 milliseconds are crucial for traffic safety applications,” he says. “This will lead to increased road safety.”

MEC and 5G can also help with traffic management, since the technologies can be used to analyze data from the traffic sensors and “apply filters to remove unnecessary data in order to reduce the overall data being sent. This helps reduce operational costs.” 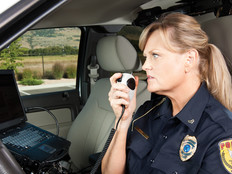