He previously served as CIO of Express Scripts, the country’s largest pharmacy benefit manager. He also served as the CIO of Farmers Insurance Group from 2015 to 2018. Before that, Guerrier spent 17 years at Toyota North America, rising from an IT manager to division director to CTO to vice president and CIO.

As StateScoop reported in March, there has been a lot of turnover in Illinois’ top IT leadership ranks:

Earlier this month, StateTech spoke with Guerrier about his plans to modernize Illinois’ technology and IT governance, the state’s migration to the cloud and whether Illinois still considers being a “smart state” a priority.

GUERRIER: There are a couple foundational things that I think that we need to do. The reason I want to take a step back is oftentimes, you shoot for the stars and we say we’re going do X, Y and Z, and then we realize the engineering, everything that it takes to get there, was tougher than expected. So, what I’m saying is, what we want to do, in some cases, is go back to the basics.

The second one is project management, program management. That one is extremely important because of the governance. A lot of people tell me, given that I’m new to government, it’s different than private sector. Being the CIO of three large companies in the past, you know, that’s great, Ron, but you’re in the government now. So, it’s very important that we understand governance when it comes to projects. 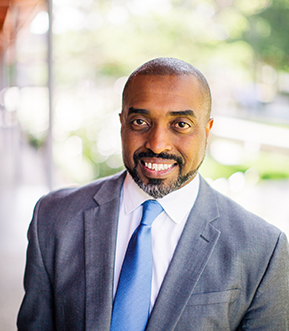 The way I see it, every dollar I spend is taxpayer money — including my own, because I’m a resident of Illinois. And my mom, and my kids. So, are we getting the value for the dollar? And having the right project management practices is very important for that. So, just really establishing a strong PMO. And that’s not to say we don’t have one today, but after 20 years at Toyota, I feel you can “kaizen” [a Japanese term meaning continuous improvement] anything. So, it’s truly earning what we have in making it better.

So, for 20 years I worked for Toyota. Everything is kaizen. It’s the ability to take what you have and make it better and just continuously improve. You’re just never really satisfied. You feel there’s a better way.

The third one is service management. Any of your readers, anyone who knows anything about technology, knows there’s the basic system of ITIL [the Information Technology Infrastructure Library], making sure that we have incident management, problem management, change, configuration, release — those five. And the reason that’s important is I want to transform our agency, which is 18 months young. We need to transform from a transactional agency — where we get a ticket, we fix the ticket, we move on — to more of, what is the experience at the agencies that we support, but more importantly, what is the experience of the residents that we serve. So, the way I see it, it’s a value chain. If I do a better job providing the basic support to the agencies, they, in turn, can provide a better level support and engagement to the 12 million residents of Illinois. And so, that’s kind of how I see my role as the CIO. As the CIO, I have to make sure the trains are running and the utilities work. No negotiations. I’ve got to get that right.

VIDEO: Find out how the role of the state CIO will evolve between now and 2023.

STATETECH: Back in December, when Kirk Lonbom left the post, DoIT was executing on a strategy to reduce the state’s dependency on legacy IT. Can you give me an update as to where that is at this point?

GUERRIER: I would say on that one that I have the same approach as Kirk. And the beautiful thing is I met with Kirk at dinner, had a great conversation. I do want to reduce the dependency on our legacy systems, full stop. That’s important. However, I’m not going to be able to give you a number. What I feel we need to do as a technology group is really work on the organizational change management that goes with technology transformation.

So, I’ll give you a reason why I find that important. When I worked at Toyota, Farmers or Express Scripts, we implemented large [enterprise resource planning] systems. We ‘ve implemented large transformational programs. My experience is, the ones that were the most successful were the ones where the business peers, the agencies in this case, understood how they have to reimagine how they do their work.

What I’m doing is taking a step back and partnering with the agencies and really understanding how this technology improves the conditions. As a quick example, they were doing 10 steps before in their process. I challenged: Why do we need to do 10? Can we do five? And my philosophy on this is, if we can reduce the complexity for the agencies, we reduce the complexity for our residents.

My approach is still to transform, but still really look at organizational change management as to how the business for the agency performs their work. I want to implement a level of efficiency in how they do it, because I think that you’ll know this and the readers will know this: One of the biggest problems you can make is when your new technology looks like your old technology. Then you start wondering, what was the point of doing all of that? It looks the same. It tastes the same. It does the same thing. What was the value of why we did it? So, I’m very, very prescriptive as to getting value for the investments. And if there’s no value to the investments, we will terminate that program because it doesn’t add value to the residents. So, it’s very important to me to think of it that way.

STATETECH: For a long time, Illinois promoted this idea and this vision that it was going to be a “smart state.” Is that something that you are still pursuing and if so, how so? If not, why not?

GUERRIER: Absolutely. So, the way I kind of see the role, my title technically is CIO and Secretary of Innovation and Technology. Everything I just told you is the CIO role. It is basically the grunt work of the CIO — getting it right, getting utility right. The Secretary of Innovation and Technology is the term for the forward-thinking side. That is the side where I focus on what’s next. I have to address STEM education in the state of Illinois. I have to look at what [artificial intelligence] is doing, what blockchain is doing, what those disruptive technologies are doing. And we still are going to maintain those initiatives.

I can’t stop and do one without having to focus on the other. As a quick example, Governor Pritzker proclaimed April as Innovation and Technology Month. We’re grabbing a bunch of people in the state and we’re going to meet in Springfield to talk about innovation, and there’s a kickoff. And then later in the month, [on April 22] we’ll be up here in Chicago at [the University of Illinois at Chicago] to talk about all things innovation, including STEM. And at the end of the month, I’ll be sitting with the governor, and we’ll have a 15-minute Q&A, with more focus on how to do it. How do we help transform the state? 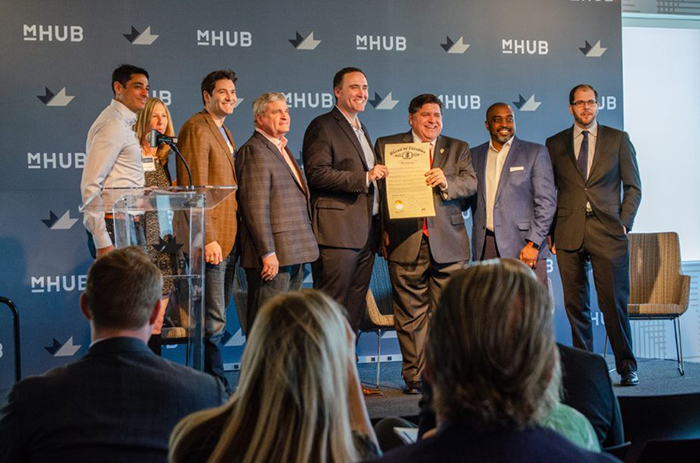 One of the main reasons why I took this job, exiting the private sector and going to government is one; I want to give back to my home state, return to Illinois. But second, I work for a governor and a person who appreciates what technology can bring. Gov. Pritzker has a history of making investments in technology. He stood up the 1871 think tank incubator here in Chicago. To work for someone who appreciates technology, the value of it, is a win. I’ve worked for various CEOs and luckily for me, each one of them has seen the value of technology. And Gov. Pritzker is no different.

We want to be a smart state. We are going to continue looking at blockchain, as I did at Farmers Insurance in the past. And the one thing I will say is that when people think of AI, they think of the robotic. They think of Arnold Schwarzenegger, taking-over-the-world kind of AI. It could be that. But also, AI is robotic process automation. It’s taking machine learning and applying it to our legacy systems. I think a lot of people forget that back in ’92, when I was in college, they said that COBOL and mainframe were going to go away.

GUERRIER: Exactly. Mainframes are still here. And let’s not deny it. So, right off, we make some of these legacy systems smarter. Because we don’t have infinite dollars and investment dollars. So, we have to make what we have even better. And AI can do that, through machine learning and [robotic process automation].

It’s big-picture, macro, change-the-world AI. But it’s also micro change, kaizen of the current legacy systems. And being a smart state doesn’t necessarily mean it’s all this new, cool stuff. It’s making our current systems even smarter as well. We always think of something new. It could be making something better. 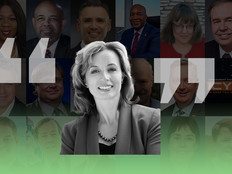