In smart cities, connected intersections and traffic sensors are critical pieces of infrastructure. They can have a large impact on improving traffic flows and reducing congestion and pollution, all of which improve quality of life, resident safety and have the potential to boost economic activity and productivity. Such sensors can also improve pedestrian safety and save lives, as Portland, Ore., and many other cities hope to do.

To make the best use of such systems, cities need data on traffic patterns and road congestion. What if they could get access to such data without physical inspections, putting in new infrastructure or tearing up streets? They might soon be able to.

A recent proof-of-concept field trial from Verizon and NEC demonstrated the ability “to use network infrastructure with existing fiber-optic cables already laid in the ground as distributed optical sensors to collect information on city traffic patterns, road conditions, road capacity, and vehicle classification information,” according to a Verizon press release.

Verizon plans to expand its trial of the technology and is considering how it can be used in smart cities. The goal would be to allow “existing fiber providers to deliver smart city traffic-related data without tearing up roads or sidewalks,” as Light Reading reports. 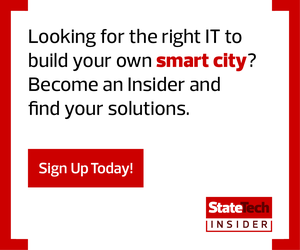 Verizon and NEC used new optical sensor technology developed by NEC and combined it with artificial intelligence-based software to create an “intelligent traffic monitoring including the measurement of vehicle density, direction, speed, acceleration, deceleration and more,” the Verizon release notes.

In the past, companies and cities had to lay purpose-built fiber in very shallow spaces in the ground with fiber grating at predetermined intervals to gather and synthesize this type of data, according to Verizon. The solution allows cities to gather that information using fiber already in the ground.

“This new technology could lead to or improve other solutions that support public functions such as helping first responders detect and respond to gun shots and enhancing municipalities’ ability to more quickly and efficiently identify earlier deterioration of bridges, tunnels and other infrastructure,” Verizon notes.

The trial showcased a fiber sensing system that coexisted with existing Wavelength Division Multiplexing (WDM) communication channels on the same fiber. The trial, according to Verizon, represents “the first time and longest distance that such sensing data has been collected through an operational telecom network.”

“Utilizing just a single integrated interrogator, the distributed multi-parameter sensor system evaluated various properties of back-scattering light, which can be used to derive the static strain, dynamic strain, acoustics, vibrations and temperatures for each fiber segment,” according to Verizon. “This allows users to identify detected signatures and to translate those back-scattering signals into actionable information over a wide range of area previously unattainable by conventional sensors.”

The upshot is that Verizon and NEC were able to show existing fiber networks not built for sensing purposes can be used to “generate valuable new data and to automatically analyze various environments.”

“It’s different from most point-sensors in that I can only sense one particular spot, and I can’t really change it. Here I can measure anywhere along that fiber,” Glenn Wellbrock, Verizon's director of optical transport network architecture, design and planning, told Government Technology in October.

“And we saw that we could measure not only the number of cars, but how fast they were going, and to some degree, how big they were,” said Wellbrock.

“We’ve taken that to our product folks and having them think more about, what can we do with this from a smart city perspective?” he said.

Verizon expects to have a more extensive trial in place by the end of 2019. “We do want to move this out to a field trial, if you will. I would call the one we did more proof-of-concept,” Wellbrock told GovTech. “We want to move it more into a trial environment. Again, more real-word data, if you will.”