Contemporary organizations with vision and efficiency in mind are implementing project management methodology, processes and disciplines to deliver quality projects on time and within budget, as their customers and constituents expect.

The San Antonio River Authority (SARA) in 2002 initiated a project management program and a regional geographic information systems (GIS) database program. Tasked with preserving, protecting and managing the resources and environment of the San Antonio River and its tributaries, the agency sought to deploy an overall GIS database encompassing data from the four Texas counties in which the agency has jurisdiction.

SARA is a project-driven organization, with a growing number of projects undertaken each year, so launching a project management program couldn't have come at a better time. The regional GIS program became one of the first IT initiatives developed under the new project management program. The enterprise GIS utilized centralized multiuser database and web components to provide spatial data and metadata together with associated applications and tools related to the San Antonio River Basin for organizational and public needs. What follows is our account of guiding this project, in the hope that others about to embark on similar initiatives can glean some tips for implementation.

The first step in implementing a project management methodology at SARA was to apply the same rules and regulations to all departments and all projects, keeping project size and complexity in mind. As the process moved along, improvements were made based on the experiences of those involved, without disrupting the business at hand. This ensured that the implementation was gradual and consistent.

Because there were projects already in progress when the implementation began, the next step was to set up consistent, minimal standard operating procedures for all ongoing projects in the organization. Divisions and departments were asked to review all their initiatives according to the project description and threshold and to determine which ones would be included in the portfolio. Because it met the project description and threshold, implementation of the project management initiative itself was included in the portfolio. Having the project management program included as a project served as a model, reflected management's confidence in the initiative it was developing, and allowed the project managers to see, firsthand, where modifications to the program would be needed for it to be embraced agencywide.

The GIS initiative presented a great opportunity to test the new project management program. All stakeholders involved agreed that a rigorous approach would be helpful in achieving the successful implementation of the enterprise GIS database.

Electronic GIS data was stored in an unorganized manner in arbitrary personal or project directories or folders distributed throughout the network and replicated on various drives. Additionally, because of the existing structure and storage mechanism, it was difficult to identify, locate and distinguish the valuable spatial data that needed to be stored in the enterprise GIS database because no naming conventions, standards or well-established procedures were followed. Because spatial data generation and storage were generally done on a project-by-project basis, it was hard to differentiate the spatial data generated by specific projects from already existing data.

There were no organizationwide spatial data quality-assurance or quality-Â­control procedures; no rules for data consistency or integrity, regulations, checks or standards. A majority of the original data had no metadata. Access to the data was limited to a few users, resulting in a growing amount of data replication.

Organizationally, the GIS/database program manager had been part of the IT department. To successfully deliver the regional GIS program, the IT group soon realized that without a structure and clear-cut roles and responsibilities, this huge task would be difficult to achieve. The GIS database coordinator reached out to the newly established project management team for help. The group agreed to set up the GIS initiative as a program and formalize projects under the program. We organized projects according to the business areas that have unique GIS data or functional requirements. The group initially placed five projects under the regional GIS database program; a sixth was added later.

One of the first steps we took was to establish mechanisms and platforms for communication with organizational personnel. The group also needed buy-in on the benefits of this program by each department.

The San Antonio River Authority formed a GIS coordination committee and held regular monthly meetings; regular departmental GIS database support project meetings were also held. By formalizing a project plan, we were able to present and justify the plan to management so that they understood what was required to complete the program. As a part of the planning phase, we hosted introductory GIS training classes on the ESRI suite of software (including ArcGIS Desktop and other products).

One of the biggest catalysts to the successful implementation of both initiatives has been the PMP committee and its diverse, agencywide reach, including staff from all levels within the organization, from administrative assistants and communications specialists to engineers, scientists and executive management. This approach guaranteed another level of buy-in that, in an agency with such diverse projects and employee needs, might otherwise have been difficult to secure. 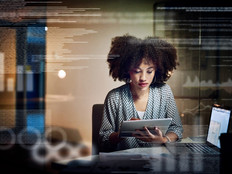