The Internet of Things and the rise of increasingly connected devices have many municipal officers eyeing how to best deploy new technology to improve the lives of residents.

But tech deployment in service of smart city development relies on good use of data available to a city — data on the likes of infrastructure, crime and economics. Many cities have collected or calculated much or some of that data. Their understanding of it, perhaps coupled with other data sets, should determine where to make wise investments, including technology investments.

Take the case of Kansas City, Mo., where CIO Bob Bennett vowed his city will become the smartest city in the world in five years, and vastly improve the lives of its residents. Whether that comes to fruition all depends on data.

“How do you create the smartest city on planet Earth? Well, you systemize this thing for all 318 square miles and you do it for a period of more than 10 years. That allows you to build things that are self-sustainable,” Bennett says.

Within the Kansas City Smart City Initiative, the goal is to “move at the speed of business,” Bennett says.

The city will issue a request for proposals within five to nine weeks seeking a private sector partner to oversee contracting and personnel while the city sets priorities and authorizes final approvals on smart projects. Kansas City plans to incentivize its new partner through various offerings, including its large fiber network and the potential to monetize city data, Bennett says.

“Up and down the line now, we are really trying to integrate a public-private partnership instead of trying to one-off everything,” Bennett says.

The initiative has so far focused on three parts: a pothole predictor, a crime predictor and an economic analysis. Bennett prioritized those initiatives based on requests from the mayor and city agencies, although their order also might suggest the technical difficulty of each project.

Much of the data tapped by the city comes from 54 blocks, where sensors collect information and provide input into roughly 4,200 city data sets. Fiber and Wi-Fi connect those sensors, which pool their data into a cloud service contracted by the city.

A third-party vendor platform customized for Kansas City collects all of the data as it’s pulled from various feeds. The city has been using the platform for two years. In the first year, the city focused on traffic and bringing together regional data sets. In 2017, Kansas City expanded its research to include pothole prediction, crime analysis and economic analysis. To support those efforts, the vendor employs five analysts dedicated to Kansas City.

The first solution, to provide pothole prediction, was relatively easy to develop. The CIO’s office developed the resource for Kansas City Public Works, which is in the process of testing the tool. The city declined to release stats on the effectiveness of the pothole predictor while it’s still in trials, but officials anticipate saving a significant amount of money on road repairs by identifying trouble spots.

The second project, crime prediction, will prove more challenging. Bennett estimates he’s 90 days away from achieving a sample data set large enough to determine whether a reallocation of city assets has reduced crime effectively, although initial impressions and anecdotal evidence are encouraging. And crime prediction, the CIO says, goes hand in hand with analyzing — and improving — municipal education levels.

In a State of the City Address on March 27, Kansas City Mayor Sly James outlined a vision for removing Kansas City from the list of top 20 most dangerous places to live in the United States, according to crime statistics. To get his city off that list, his office has focused on high homicide rates in three ZIP codes on the eastern side of the city.

James and Bennett believe that those ZIP codes have a high homicide rate in part because of their low education levels, and specifically the third-grade reading rate. If the city can improve the third-grade reading rate in the three distressed ZIP codes, then it can prepare more of its residents for job training. With more education and jobs, the city should see the homicide rate decline in those areas, according to the mayor’s plan.

Once established, the public-private partnership powering the Kansas City Smart City Initiative will bring one-off initiatives, such as the city’s economic analysis, under one holistic program.

To conduct the economic analysis, Kansas City has obtained a vital third-party data set from banks, which provide data linking credit card spending to specific ZIP codes. Using aggregated credit card data, the city can also track where and how money moves throughout the city. (The city can only view the specific ZIP codes where money is spent, allowing officials to draw lines to other ZIP codes, Bennett explains.) The information has allowed officials to see spending patterns and visualize which parts of the city experience greater economic activity at any given time.

“We can pinpoint locations where there might be opportunities for future growth,” Bennett says. “In my mind, that’s smart. When we start being able to plan development and take policy actions to improve people’s lives? Boom! That’s when you’re a smart city.”

The Kansas City Smart City Initiative also will benefit from a laboratory of sorts, the KC Streetcar. Although the 2-year-old streetcar covers only 0.89 percent of the city, it holds the key for $2.2 billion in economic growth for downtown Kansas City over a five-year period, officials believe.

The city already has seen economic growth within the area serviced by the KC Streetcar as businesses have benefited from an influx of new customers.

“The effort required to install those 2.2 miles was substantial. We had to dig up Main Street. We disrupted Main Street businesses. We upset a lot of residents who have lived here for a long time without that particular capability. So, we had to do something in addition to giving them just a streetcar,” Bennett says.

That something else sprang from dropping an extra conduit under the streetcar — accounting for an estimated $200,000 of the project’s initial $102 million construction cost — to hold a powerful fiber network that powers smart LED lights along the streetcar path. The project also delivered high-speed fiber capabilities literally to the doors of residents in one of the most densely populated areas of town.

“About 97 percent of our homes have fiber to the home or the complex available. The challenge is, how do we get folks to actually adopt and connect to that fiber?” Bennett says. “It’s changed the entire nature of our digital inclusion strategy. We aren’t trying to connect people anymore in terms of physical connections. The question now is how we can make the internet relevant to them.”

Once the streetcar project took off, conversations about leveraging it to support the Kansas City Smart City Initiative happened a lot faster than originally anticipated, says Tom Gerend, executive director of the Kansas City Streetcar Authority.

“All of this was about demonstrating the possibilities of what public transportation can be, how we can leverage transit investment, and how we could create an experience that was bigger than just the transportation service itself,” Gerend says.

The streetcar project established and met four main goals: Tie together four distinct neighborhoods of downtown Kansas City; create a framework to draw new residents and jobs; fill empty spaces, which sometimes were decaying or unattractive; and attract outside investment.

“A strong region needs a strong center and a strong heartbeat. There was a lot of work we needed to do even five years ago to bring downtown back to life. And this was part of the puzzle to connect the dots,” Gerend said.

The results speak for themselves, he argues: “We’re the ‘Show-Me State,’ and there was a lot of debate about whether people would ride [the streetcar]. We’re not very transit-oriented in terms of our land use. We’re a big, sprawling region, and we like our cars.”

But recent satisfaction surveys revealed that 77 percent of city residents are satisfied or very satisfied with the streetcar while only 7 percent are dissatisfied, Gerend says — a statistic that’s “off the charts good” for any public transit project, he adds.

Future plans call for potentially extending the streetcar three-quarters of a mile north to future development along the Missouri River, in addition to extending it south to the campus of the University of Missouri-Kansas City in the next five years.

From the start, the project’s goal was to future-proof downtown, Gerend says. Installing 300 support poles along its route sparked conversations about supporting more sensors and fiber, and whether to allow business access to city assets.

“We are moving further toward being a 24-hour downtown, which is what most big cities are. Having a place that’s approachable, well-maintained and safe is huge, and we can build on the success that we have experienced,” Gerend said.

The KC Streetcar is just one step in the revitalization of Kansas City’s downtown, officials say. In the past 10 years, the city has worked to reverse a decline in the city’s downtown population, and those efforts have included capital projects such as the Sprint Center, the municipal entertainment arena. Today, downtown apartment occupancy is at 98 percent while the city center also continues to draw new business and hotels. 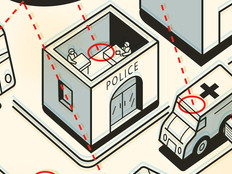