5G is coming very soon. The fifth generation of cellular technology promises to deliver speeds 10 times faster than 4G LTE wireless networks and cut latency to milliseconds. Not only will speeds be fast but network delays are expected to be extremely few, which should be a boon for city, county and state governments that want to use 5G to power Internet of Things sensors.

In addition to enabling new applications for smart cities, 5G is also expected to enable a wide range of benefits for first responders, including real-time analytics of video surveillance, vehicle-to-vehicle communications, traffic management and other public safety functions.

What Is the State of 5G Network Rollout Plans?

Verizon launched its first mobile 5G service in “select areas” of Chicago and Minneapolis on April 3, and will deploy standards-based 5G services in more than 30 U.S. cities this year. (Verizon launched a fixed-broadband 5G in October with limited availability in four cities.)

Meanwhile, Sprint, which is trying to merge with T-Mobile, plans to launch standards-based commercial 5G in four cities in May — Chicago, Atlanta, Dallas and Kansas City, Mo. — and in five other cities before the end of June: Houston, Los Angeles, New York City, Phoenix and Washington, D.C.

T-Mobile plans to launch devices that can take advantage of the 600MHz wireless spectrum for 5G in the second half of the year. That spectrum has strong propagation characteristics, meaning it can travel far and penetrate buildings well.

5G enables quick sharing of rich data and information into the field while boosting connectivity. Governments anticipate a slew of new mobile and stationary networking devices as 5G rolls out across U.S. cities and states.

As FierceWireless reports, 22 states “have enacted legislation aimed at greasing the bureaucratic wheels for wireless carriers deploying 5G small cell infrastructure.” The publication also notes that in September, the Federal Communications Commission “passed a wireless pre-emption order that it says will help streamline 5G small cell deployments and ensure that wireless carriers have low-cost access to public rights of way and existing support structures such as city-owned utility poles and street lights.”

How Will 5G Help Smart Cities and Public Safety?

Currently, as Harrington notes, there are IoT and smart city applications running well on 4G LTE, “but there will be others in the future that will require single-digit millisecond latency and massive bandwidth — applications that otherwise won’t be possible without 5G technology. Applications like autonomous mobility, for instance.”

City departments can also leverage 5G to stream live video wirelessly from HD cameras positioned on streetlights at intersections. “This raw video can then be processed with specialized video analytics in the multi-access edge compute to help detect, classify and track cars, bicyclists and pedestrians as they pass through the intersection, allowing for further improvement in congestion management and increased pedestrian safety,” Harrington says.

Kevin Curran, an IEEE senior member and professor of cybersecurity at Ulster University, concurs and tells StateTech that edge computing in public surveillance systems “will be able to find extraordinary events and make real-time safety decisions.” They can use artificial intelligence “to merge the images and data from their various sensors to adapt instantly.” These sensors generate large amounts of data, Curran notes, often about 1.5 gigabytes per second, “so being able to incorporate edge computing allows more rapid responses.”

Multi-access edge computing and 5G also enable vehicle-to-vehicle communications, which can be used to allow first responder vehicles to communicate with each other and with civilian vehicles, Curran says. “5G's latencies below 20 milliseconds are crucial for traffic safety applications,” he says. “This will lead to increased road safety.”

State and local government IT leaders should discuss with their wireless carrier and vendor partners their needs and what they would want to use 5G for as they craft their future network plans.

Not a lot of 5G network coverage live now. But as 2019 rolls on and 2020 comes into view, state and local agencies can begin to take advantage of these next-generation networks. 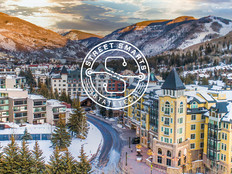