It’s hard to fix what you can’t see.

“Something like traffic, you see it on a regular basis,” explains Eric Horvath, director of public works for the city of South Bend, Ind. “If you’re driving home, and you’re in rush hour, and you’re waiting at a light three times, and you’re the traffic engineer for the city, you’re pretty frustrated — and you probably find a way to fix that.”

But Horvath had an invisible problem. Until the 1950s, sewage from South Bend homes and businesses mixed with stormwater drainage and overflowed, untreated, into the St. Joseph River. Eventually, a treatment plant and intercepting sewers were added, but they couldn’t handle all the flow during rains.

In 2012, South Bend signed a decree with the Environmental Protection Agency, agreeing to hundreds of millions of dollars in infrastructure upgrades to address the issue. However, funding the upgrades would require 1 in 5 residents to spend 10 percent of their income on sewage bills.

“We needed to find a better way to handle this sewer overflow issue,” Horvath says. South Bend found its solution in a cloud-based metering system.

Municipal utilities around the country are slowly adopting smart metering powered by cloud computing to gain visibility into consumption levels, to control costs and to encourage adoption of renewable energy sources. Those cities and counties that embrace the technology can see immense benefits, including improved citizen services, reduced spending and boosted efficiency.

“They stand to gain information quicker. A lot of times, they can streamline the billing process, providing the utility in a more convenient and transparent way,” Martin says. “It enables cities to be more precise.”

South Bend Benefits from Having Sensors in the Sewers

In the case of water utilities, cloud- powered solutions can detect leaks early, sparing customers from inflated bills and preserving resources for the city.

In 2004, South Bend began working to deploy a series of 150 networked sensors, developed in partnership with the University of Notre Dame, throughout the city’s sewers. A telemetry unit collects sensor data every five minutes and transmits it to a cloud-based database; real-time analytics tools look at the state of the sewer and send alerts to city personnel if anything appears abnormal.

Suddenly, Horvath and his team could see what was happening underground. They could understand issues better and focus their maintenance efforts to predict and prevent problems. And they realized they could achieve equivalent environmental benefits to those dictated by the EPA decree at a fraction of the cost.

The data was showing us that the solution that we had was, in almost all cases, way overbuilt”

“The data was showing us that the solution that we had was, in almost all cases, way overbuilt,” Horvath says. Now, South Bend is working on a new agreement with the EPA that will cost residents far less, while still keeping sewage overflow out of the river.

Today, South Bend prides itself on being a data-driven city. Its 311 service portal functions as a central point for vital information. “All the residents use it to call in any problem that they have,” Horvath says. “We use Microsoft Power BI dashboards to track trends.”

Long Beach piloted a smart water system between 2015 and 2017. Now, the city is starting a one-year, citywide rollout of smart meters this summer. Those meters will operate on a fixed network shared with the city’s gas meters, and the utilities will be able to monitor the system via a cloud-based environment. (Long Beach depends on a mix of cloud services, including support from Microsoft and Google.)

The pilot of 200 meters, operating on the cellular network, has already made a difference for those who use the system.

“At one specific multifamily property, as soon as we put the smart meter on there, we detected a pretty high baseline leak,” Wang says. “Their water use had been high for as far back as we could tell, but not so high that it was suspicious or strange.” The city contacted the property manager, who found and repaired the leak; immediately, the building’s water usage dropped dramatically.

Rolling out smart meters has been a true team effort, Wang says of the accomplishment.

“It’s not just a water resources project,” he says. “It touches basically every aspect of a water utility. It changes the way we bill our customers. Our field operations staff is involved. Our customer service processes are different.”

“Across the board, there will be changes to our utility, so there’s no one group that a smart meter deployment should be siloed under,” he adds.

The city piloted 100 advanced two-way meters in 2016 before deciding to expand the program. Mills monitors the data via a subscription to a cloud-based utility data management system. He says the new meters have proven particularly popular among residents who have installed photovoltaic systems at their homes or businesses.

“People are very conscientious about renewables,” Mills says. “I’ve got 17 photovoltaic systems going in this year — almost unheard of for a town of our size.”

“We can analyze the actual production off their systems,” Mills says. The customer response has been positive.

“They’re loving it,” he says

What if you knew every toilet in town was about to flush? In South Bend, the Public Works Department has modified alarms that indicate high water levels so that the sensors don’t send out false alerts at halftime during University of Notre Dame football games.

How can city agencies pool resources and save money? In Long Beach, the water department piloted sensors that required a per-device communications fee to use the cellular network. But when the gas department rolled out a smart meter deployment using a fixed network, the two departments joined forces to use the same network infrastructure for both smart meter programs.

What are the benefits of seamless technology deployment? In Glenwood Springs, the electric department found the smart meters it chose integrated effortlessly as soon as they were installed — technicians did not need to go into the weeds on the new system to make it work. 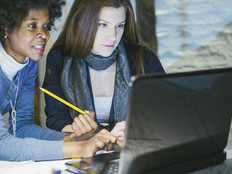