Albuquerque, New Mexico, is the infamous setting of the popular TV drama Breaking Bad, but the city could soon be recognized for another reason: its citizen-focused tech efforts.

With eyes toward making the city more livable and increasing resident engagement with government, city officials are capitalizing on many of the best practices forged by smart city pioneers, such as Kansas City, and are laying the groundwork for a more connected jurisdiction.

"We want to be citizen-centric," Peter Ambs, CIO of Albuquerque, told Digital Communities, an initiative of Government Technology. "As opposed to the past, we had 19 different departments doing 19 different things. And guess what? We interacted with a citizen 19 different ways."

The effort has earned the city consideration for the 2018 Smart Cities Council Readiness Challenge Grant, which offers the five winners free mentoring, technology, products and services that can help to supercharge many of the plans they have underway. While the city was passed over in the Department of Transportation's Smart City Challenge — an award that went to Columbus, Ohio — Albuquerque is pushing forward with plans formulated during that time to create a city flush with connected transit options.

To increase connectivity for their city, officials have set out to connect Albuquerque's two halves, separated by the Rio Grande, via better public transit options. They are also setting out to revamp Central Ave., launch an "Innovation District" downtown and offer smarter parking options, among other initiatives aimed at improving citizen engagement and satisfaction.

Most recently, the city had a soft launch of its Albuquerque Rapid Transit (ART) electric bus route, a $126 million project that seeks to connect 10 miles of the city, the Albuquerque Journal reports. With completion expected early this year, the downtown stretch is set to be a haven for smart transit, moving away from the traffic-ensnared section of the city it has been. Moreover, the route offers a mobile ticketing platform via an app so riders can snag tickets no matter where they are.

Albuquerque's streetlights are also getting a makeover. A $22 million project to replace nearly 30,000 streetlights across the city with LED lights will also introduce the capability to house Wi-Fi, cameras and sensors.

"The savings ... will be used to fund some of these smart city projects around sensors, video analytics," Ambs told Albuquerque Business First. He pointed to Wi-Fi and occupancy parking sensors as examples.

Smart parking options could help city officials institute more dynamic pricing as well as help drivers understand whether spaces are open or occupied before they arrive in the downtown so they can plan parking accordingly.

Transit upgrades aren't the only changes coming to Central Avenue, which functions as the economic and academic center of Albuquerque and includes the University of New Mexico and Presbyterian Hospital. New tech will also be put in to support the economic growth for these institutions.

"With that, we are implementing technology along that corridor with video cameras for public safety," Ambs told Digital Communities. "Essentially we're putting in broadband — a digital backbone — down Central Avenue. And that's an 8-mile stretch. That's going to be used for open access, so it's not going to have the restrictions and the things that would go along with a private-sector offering."

Much of the data collected through these new technologies will be "synthesized" into actionable info that will be used to better plan city services. A prime example of this is in the public safety sphere. Albuquerque has set up a Real Time Crime Center, which will pull information from these cameras for public safety analysis.

"These cameras are really a very key tool to have for the crime-fighting efforts in the city," Ambs told Digital Communities. "We see the public safety component along with the public transit along Central as being really important."

To ease citizen interaction with the justice system even further, city officials have also created an app for citizens to create nonemergency police reports. With less calls and less paperwork, police department staff can spend time on more important tasks. 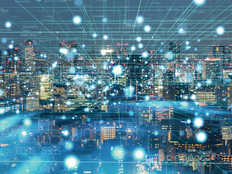 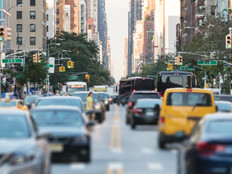 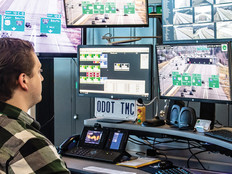