New Orleans is keeping a close watch on crime, and the city’s new crime monitoring center offers just the tools to do it.

“The best way to continue to fight crime is to improve manpower, crime deterrence and our apprehensions with investments in technology and visibility. Our Real Time Crime [Monitoring] Center will help us to make better-informed decisions in real time during an emergency. Our goal is to not only make New Orleans safe, but to also make New Orleans feel safe,” said Mayor Mitch Landrieu in a press release.

The new addition is part of a $40 million citywide public safety improvement plan. The command center in particular seeks to leverage tech in order to improve visibility and security at “key hot spots” throughout New Orleans. To do this, it must aggregate all data sources, including voice, data and video. It calls on Motorola Solutions’ CommandCentral Aware software — part of its PremierOne dispatch system — to make that aggregation of data streams a reality.

When a call comes in about a life-threatening incident, the software automatically brings up the video feed of an area for officers to observe. 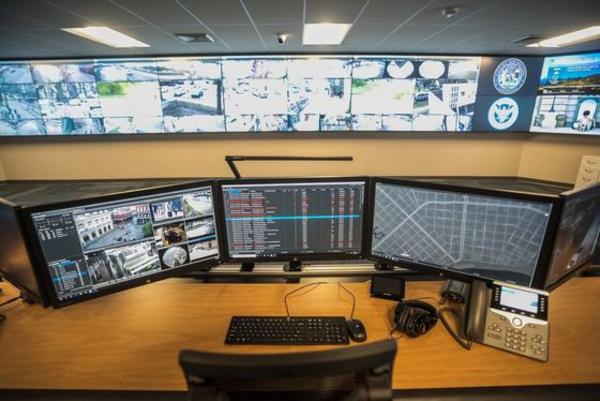 “We don’t need to be watching footage and just staring and hoping to get lucky,” Aaron Miller, director of the city’s Homeland Security and Emergency Preparedness Office, which oversees the center, tells GCN. “We’re letting the software drive us or letting the software be the one to decide where to look and when to look.”

The footage used in these incidents is treated much like body or dash camera footage and is uploaded to the city’s secure public safety cloud solution.

“When there is video related to an incident, the video is uploaded to the same place for the same process that an officer’s body camera footage is uploaded, so it’s tagged and associated in the same way,” Miller says. “Those data files are then together in a public-safety-grade storage solution that then allows for all of the appropriate sharing and permissions to happen on the same pathway.”

Although only in its first few months of operation, the New Orleans Real Time Crime Monitoring Center has already offered some triumphs for public safety officers in the city.

“We’ve had a couple of great successes so far,” Miller tells GCN. “Over the first weekend, we were able to … provide video evidence for [police] in a number of fairly significant incidents, everything from armed robberies to assaults.”

With 80 crime cameras already operational and an additional 250 cameras set to be installed in the spring, the crime center is expanding visibility into the city for several facets of the local government, including the fire department, emergency medical service and New Orleans Homeland Security and Emergency Preparedness.

“The new Real Time Crime [Monitoring] Center represents a great opportunity for our department and for the city to engage a range of new tools and technologies in the effort to keep people safe, and to bring criminals to justice,” New Orleans Police Department Superintendent Michael Harrison said in the press release. “So much of our citywide security plan — including the crime cameras in hot spots and the license plate readers throughout the city — feeds into this central, coordinated effort. This is another step in making the people of New Orleans safer.”