With the price of video displays dropping dramatically in recent years, many cities are asking their tech partners about the prospect of creating video walls to help improve crime fighting and incident response. Operations centers can indeed improve decision-making and shorten response times, but it’s important for officials to realize there is more to command centers than video displays.

When building out a public safety command center, agencies should weigh the following four factors.

Click the banner below to learn about more technology tips as an Insider. 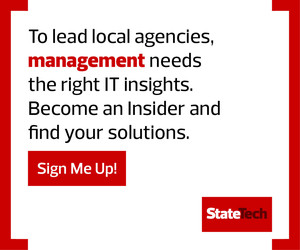 Command center video wall systems typically use screens that are more sophisticated than standard video displays and can present content in various configurations. For instance, a public safety department might want to display weather information, real-time surveillance footage and data from environmental sensors, all on a single screen.

Some cities may already have a sizable investment in surveillance cameras, while others are starting essentially from scratch. Officials should look at existing public safety data to determine the best placement for new cameras.

Some cameras and other mounted devices have embedded analytics capabilities. For instance, automated license plate readers can scan passing vehicles and check plate numbers against databases of stolen cars, outstanding warrants and criminal suspects. Other tools can detect guns or gunshots from images or acoustics and provide a specific location based on sensors placed strategically throughout a city.

LEARN ABOUT: The role of the surveillance in increasing public safety across communities.

More video cameras mean more data traveling across a city’s LAN and WAN. To support a command or operations center, cities often need to increase their investments in networking infrastructure. A networking assessment can help officials determine how well their existing networks will handle additional traffic and guide their future investments.

Similarly, a robust operations center will almost certainly create new storage and computing demands that outstrip the capacity of a city’s existing infrastructure.

Agencies also need to consider who will be staffing the command center. Will they be new or existing employees? How many people will need to be onsite? Who will have access to the command center? What access control policies will be required for staff to enter the room?

Finally, the physical setup of a command center is critically important. Officials should determine how the command center will be used in real-world situations and create a layout that leads to an optimal, collegial environment.

UP NEXT: 5 reasons to upgrade analog video cameras to digital.